From the moment that ancient man conceived the very first wheeled carts, humankind embarked on an obsession with transportation that would span the millennia. Never content to settle for good enough, generations have continued to redesign and innovate in a quest for better, faster, and more efficient means of carriage. Nowhere is that more evident than at the Grampian Transport Museum.

Like the vehicles it showcases, the museum in Alford is constantly evolving, renewing one third of its exhibitions each season, keeping it a firm favourite amongst locals and tourists alike. Whether you are an obsessive petrolhead or a bicycle buff, you will find something of interest at Grampian Transport Museum. 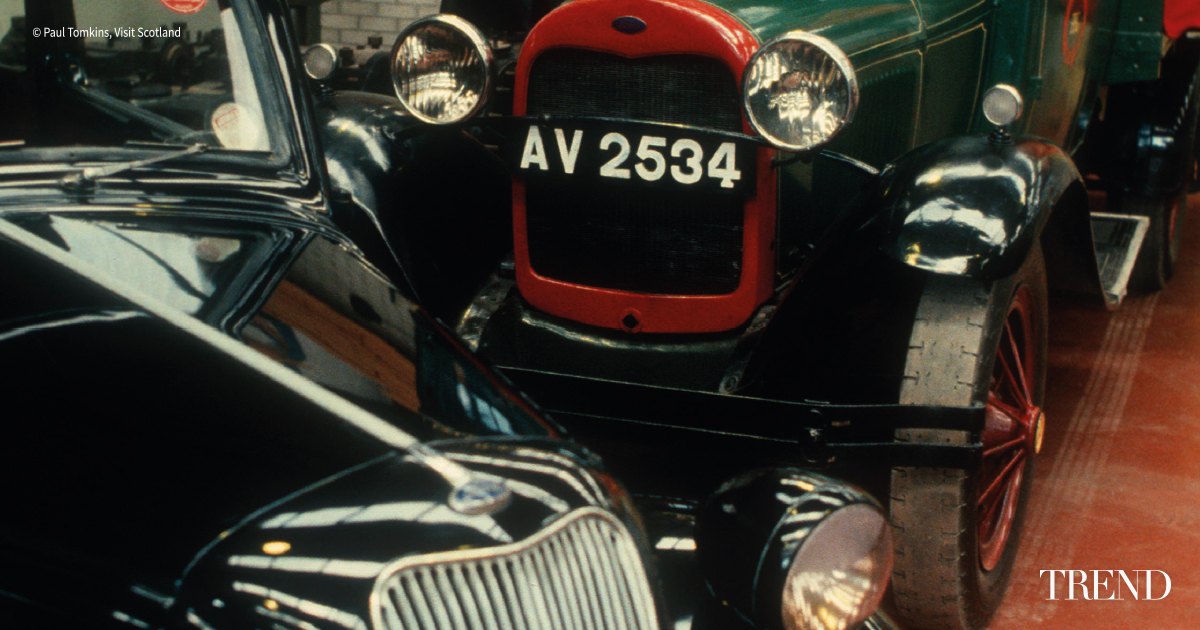 For the speed demons among us, the tribute to Britain’s own Triumph motorcycles will impress, with the Queen’s Silver and Diamond Jubilee editions acting as bookends to a two-wheeled line-up of raw power. Guy Martin, adrenaline junkie, TV personality and friend of the museum, has some prized possessions on show, including the fastest transit van in the world, his first motorcar and the mountain bike that carried him 2,745 miles in last summer’s Tour Divide.

For those who like a more leisurely approach to wheeled movement, sneak a peek into some rare classic caravans or take an interactive ride through 200 years of bicycle history, including a unique opportunity to mount a penny farthing. You can even match your own cycling prowess against the professionals on a state-of-the-art turbo trainer, complete with a Top Gear-inspired leader board.

If advancement in land transportation continues on the same trajectory as it has historically done, it is only a matter of time before neither wheels nor humans will be required to move objects or people from A to B. Here’s hoping that when that time comes, the good people at the Grampian Transport Museum will still be around
to tell the story.  gtm.org.uk