An hour in the company of Aberdeen boutique hotel owner Gary Atkinson and I am punchdrunk at just how many hats the adopted Aberdonian wears. Talk about the old adage that you ask a busy man to get something done and it will be done.

Gary’s nerve centre is Carmelite – a hotel, cocktail bar, restaurant, and live music venue in the heart of what is now called the Merchant Quarter of the city, in which he and three others set up this marketing consortium with Aberdeen City Council. 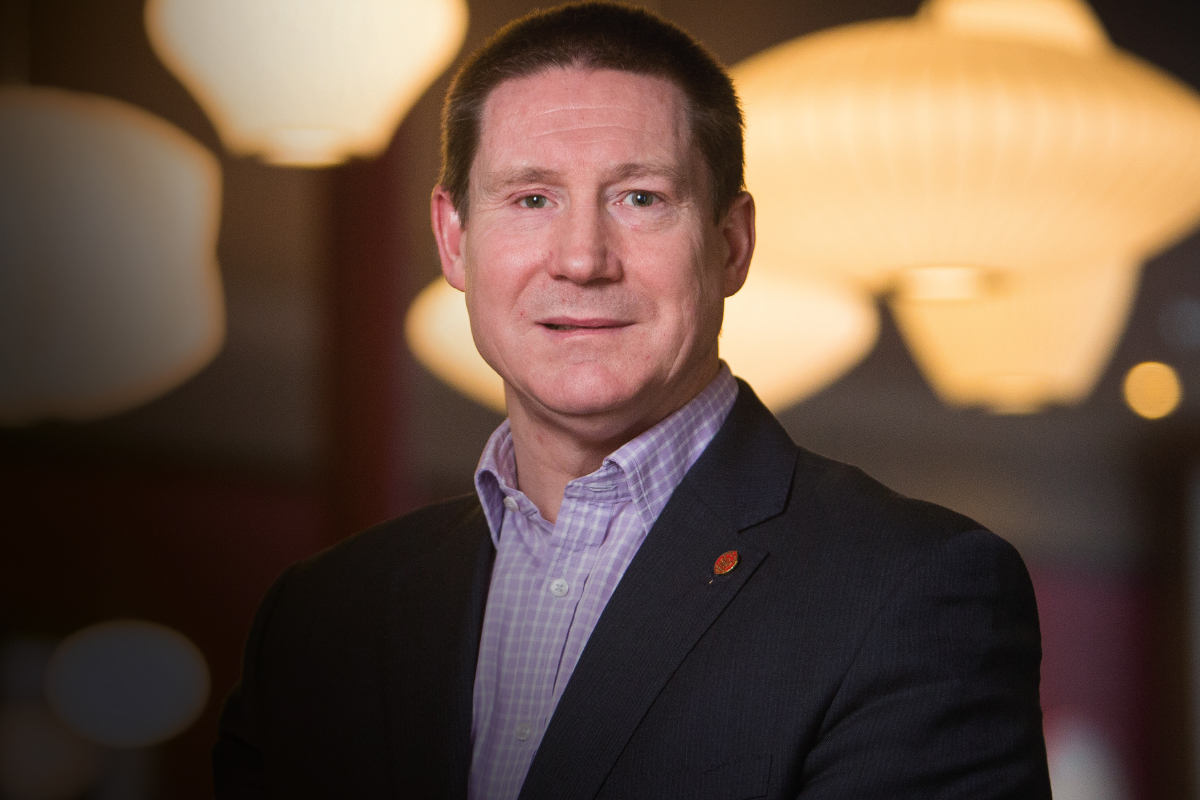 Adopted by the Council, this ‘edgy’ cultural area now befits all the new city centre wayfaring maps, promoting connectivity from the city’s transport hub through and beyond Union Street. It embraces independent businesses, whilst including a collection of 8 hotels (over 800 bedrooms), a mix of over 40 independent restaurants and bars and, of course, surrounded by shopping outlets. ‘We offer an eclectic mix for people traveling through the quarter to and from the city’s transport hub and retail centres,’ he says. But hang on.

That’s just the start. Gary is also Chairman of the Aberdeen City & Shire Hotels Association which over 40 members and associate members. ‘This Industry Association has
a vital role to play in promoting our region and the list of our associate members such as the city’s two universities, Visit Scotland, Visit Aberdeenshire, both local authorities and Scottish Enterprise is proof of that,’ he adds.

Not surprisingly, the Association almost has a cheerleading function given the tough trading conditions there have been since the severe job losses in the North Sea. Recently back from a Scottish Chambers lobbying week in Houses of Parliament, Gary says, ‘We have a duty to highlight £billions of investment ongoing in our region, and we need to inspire confidence in those seeking and continuing to invest here. There’s a lot of great things going on and we must broadcast that loud and proud.’

Previously the founding Vice Chair of Aberdeen Inspired, which immediately created a destination marketing organisation, he was a founding, and remains a Board Member of Visit Aberdeenshire.

Gary says, it’s so important to attract, retain and enthuse visitors and local residents, raising the profile of the city with various initiatives to increase the number of visitors and keep them longer.’ The buzz words are defiantly attract, retain, increase footfall & dwell time.

Are you exhausted yet? Well, too bad, Gary is not done. In addition to being a Burgess of the City of Aberdeen who wears his badge with pride on his suit lapel, he is also a North East Committee Member of the Scottish Council for Development and Industry. Phew!

It’s all a far cry from his youth when all he wanted to do was work as a chef in hotel kitchens. ‘It didn’t help that I failed my cookery ‘O’ level but it didn’t stop me and I went on to run huge corporate catering at major sporting venues in the UK including Hampden Park, Murrayfield, even opening new football stadia.

His final rallying call is that we all must talk up the City and Shire and return to better days ahead. And that’s his Christmas wish to Trend readers.