Having spent my childhood in America, the closest I ever came to a real castle was on a visit to Walt Disney World. Despite it being over-commercialised and purportedly inhabited by a fictional princess, it was still the most romantic thing I had ever seen. Today I live within shouting distance of Craigievar, the very castle that is rumoured to have inspired the iconic Disney landmark and just one of Scotland’s splendid offerings.

Craigievar Castle, just outside Alford, is a seven-storey Baronial masterpiece which served as home to the Forbes family for more than three centuries. With its pink tint, imposing tower and multiple spired turrets, this fairy-tale building would suit any young maiden looking for her happily ever after. Through guided tours, visitors to Craigievar are invited to roam the halls and secret staircases that look much as they did when it was a beloved family home.

Not far up the road near the coastal town of Stonehaven looms Dunnottar Castle, one of Scotland’s most striking fortresses. Perched atop a daunting rocky outcrop, Dunnottar evokes romantic feelings of another kind. Standing among
its ruins, it is almost possible to imagine the history that was written here over hundreds of years, from the siege of William Wallace to the defence of Scotland’s crown jewels from Oliver Cromwell. 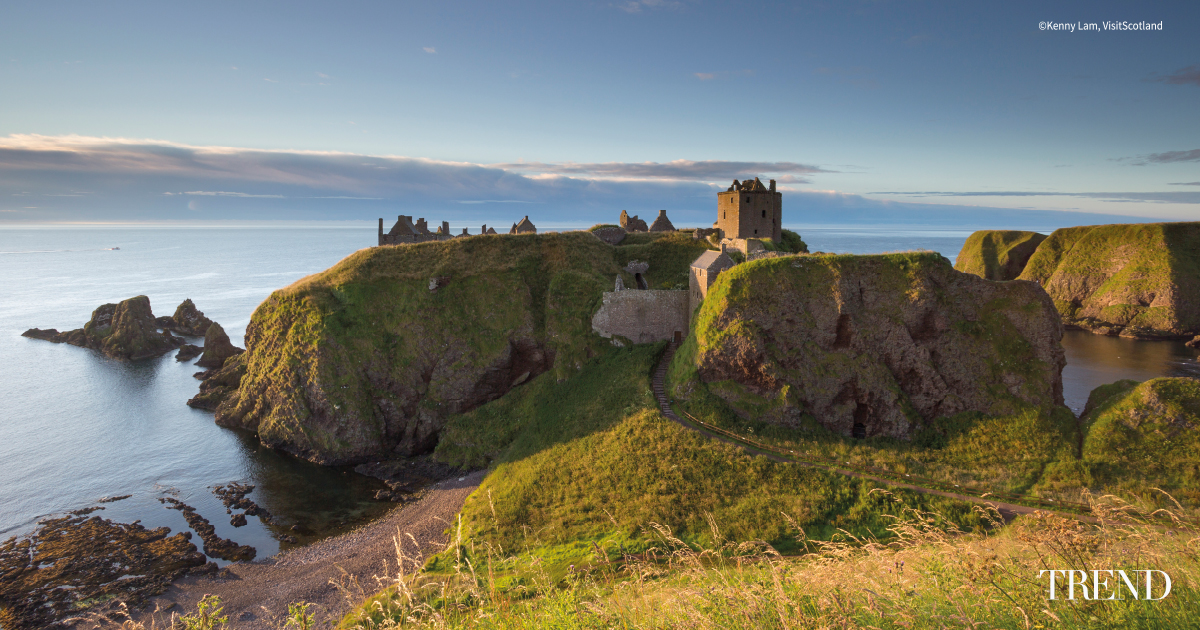 A personal favourite, Castle Fraser in Inverurie is almost too picturesque to be real. Surrounded by hundreds of acres of stunning woodlands, you almost expect a medieval knight on a cloaked steed to greet you as you approach this elaborate palace.
A tour leads you through a collection of Fraser family treasures, reveals the spectacular panorama from atop the tower, and even enlightens you on the castle’s fabled resident ghost.

Everyone has their own idea of what makes a castle romantic, but whatever your definition, Scotland certainly has plenty to offer.