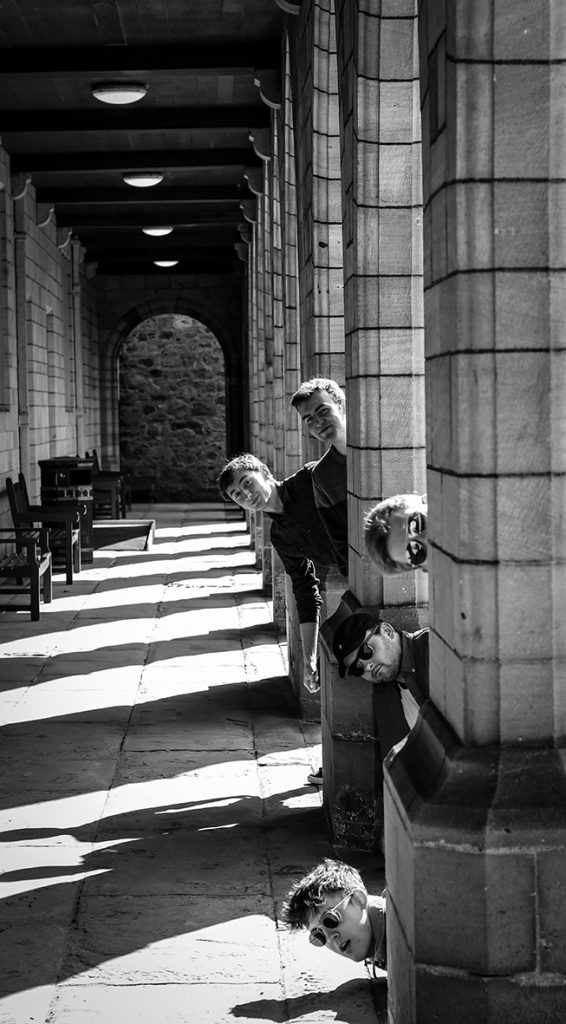 It is often said that jazz is dead. But for those who truly understand the genre, that statement is an oxymoron. Born in the early 1920’s with the popularity of the Original Dixieland Jazz Band, jazz is arguably the most vibrant musical genre out there.

The mistake some people make is to assume that jazz is a steadfast genre, with unwavering rules and prescribed rhythms. In reality, jazz is as much about improvisation and impromptu instrument solos as it is about trying to sound like any version that came before it. In fact, if you hear a song performed live ten different times, you are sure to hear ten different versions. Which means this is not a genre for the faint-hearted, and it is reassuring when young musicians choose to follow its path.

Hamlet is an Aberdeen-based jazz band made up of five such musicians. Matthew Kilner, Gavin Hunter, Neil Kendal, Finley Campbell and Richard Glassby first came together in 2017 through Aberdeen University’s Jazz Society. Eventually, they started writing and performing their own original music and decided to name themselves after the hometown of John Coltrane, the great American saxophonist.

When asked about their influences, Neil explained, ‘We have a wide variety of influences, varying from Scottish Traditional music to Afrobeat to Jazz Fusion.  Our biggest influences have to be the growing Scottish and London Jazz scenes – bands like Ezra Collective, Sons of Kemet and Fat Suit.’ About their own music, he added, ‘It’s a fusion of all of our influences, but we try to write tunes which are high in energy and fun to play.’

Hamlet’s first release, Act One, is indeed full of energy and fun, and holds true to the notion that jazz is an individual journey that is constantly being re-invented. From the punchy horns of the song Twenty3 to the sultry vocals of Sunset Sunside to the pacey rap that overlies Switch States, Hamlet deftly demonstrate that the umbrella of jazz is very wide indeed.

Once you understand the nature of jazz music, you realise that it is anything but dead – in fact, undertones can be heard in much of the music we listen to every day. And thanks to young bands like Hamlet, that is set to continue.