Some of us might not associate Aberdeen with iconic structures or inspirational architects, but we have a surprising number of interesting buildings dotted round the city and beyond.

From the Georgian frontage of Union Street, which cost so much that the city declared bankruptcy back in 1817, to the perpendicular gothic grandeur of Marischal College and new buildings like the striking new libraries at both Aberdeen University and RGU, there’s plenty to look at. Wherever you find yourself, Aberdeen’s Society of Architects is hoping we’ll all stop and look up at our surroundings this April as part of the Festival of Architecture. 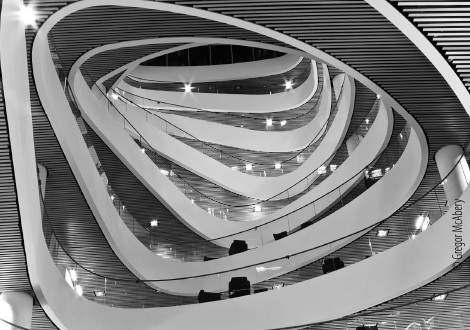 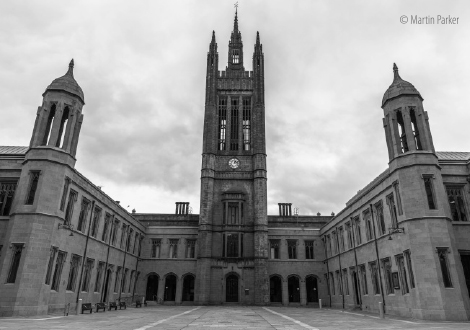 The festival is a key part of the 2016 Year of Innovation, Architecture and Design. Aberdeen Society of Architects has created a packed programme of events for the city throughout April that promises to inspire and capture the imagination.

Catherine McKeown, President of ASA and director of Aberdeen’s Festival of Architecture 2016 said, ‘Architecture, like other art forms, is an integral part of our culture. We celebrate the talent of artists so let’s celebrate the work of the many talented architects who work locally and across Scotland.’

Following its official launch at Aberdeen’s Pentland Gallery, the Festival of Architecture will include: a series of inspirational lectures hosted by world-leading architects and iconic designers in conjunction with 57’10, the student group at the Scott Sutherland School of Architecture, a selection of city walks and a mini film-festival at the Belmont, including some rarely seen archive footage of the city’s architectural history.

You can find out more by checking the www.fao2016.com or visiting the Look Again mirrored pavilion designed by a group of RGU students, which will be located in the Castlegate and will act as an information point during the festival.

Catherine continued, ‘For anyone keen to explore Aberdeen’s architectural heritage there’s an abundance of buildings to explore. Perhaps most predictably are the grand castles and granite buildings scattered across the city and shire. Marischal College, completed in 1906, is the second largest granite building in the world and what makes it more special is the fantastic refurbishment it has undergone to become Aberdeen City Council headquarters. It’s a great example of an historic building being successfully refurbished for reuse in modern times.

‘At the other end of the spectrum is the Marine Operations Centre at Aberdeen Harbour; a perfect marriage of form and function.

‘A number of iconic Aberdeen buildings have made it into the top 100 Buildings in Scotland and will feature in the major touring exhibition, Scotstyle and a superb new book, including the Bon Accord Baths, St Mary’s Church and Aberdeen War Memorial and Cowdray Hall.

‘Traditional, modern, award-winning, sustainable – Aberdeen has it all when it comes to architecture. We hope our Festival will inspire residents to become more engaged with their surroundings. It is a festival for everyone – remember it is your city, your environment, your built heritage – so please go out, embrace all your city has to offer in this very special year – go and enjoy it!’