Banging the drum big time these days for pepping up Aberdeen and seeking to dispel the atmosphere of doom and gloom is city businessman and publican Allan Henderson, better know as Hendo.

The 52-year-old is chairman of Aberdeen Inspired, a high-profile business-led initiative behind many projects you can see in the city such as floral baskets and big belly bins in Union Street.

More than that, levy payers have supported the city’s Christmas Village and the Purple Flag accreditation scheme which recognises excellence in the management of city centres at night-time. Aberdeen Inspired’s new chief executive, Adrian Watson, who rose to the rank of divisional commander of Aberdeen City division of Police Scotland before calling a halt to a 30-year career, had a big hand in the latter initiative and will continue to monitor it. 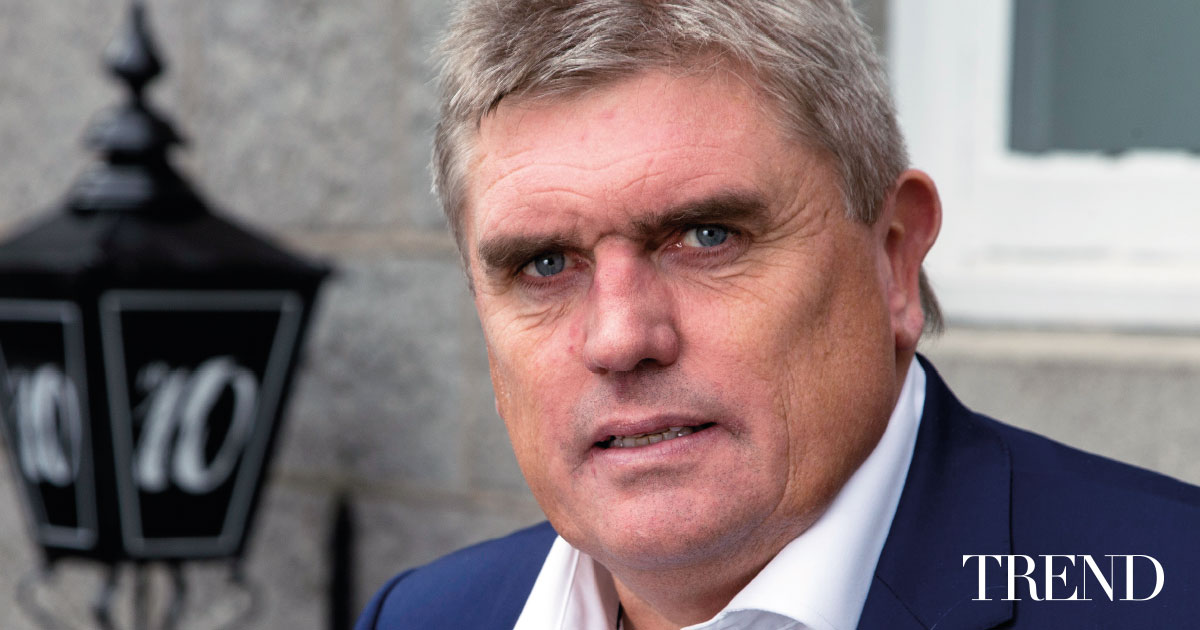 Says Allan, ‘We are fortunate to have a man of his calibre and experience on board to continue bringing improvements to the heart of the city. As for myself, I think Aberdeen is a great city but we undersell ourselves. We need to talk up what we have to offer. Aberdeen has been very good to my various enterprises and I want to give something back to our great city.’

It all began for Hendo in that little gem of a place near the entrance to Aberdeen harbour, Fittie. ‘Most of my family still live there and I am very proud of my roots,’ he says. A keen golfer, he can remember being taken across the water ‘in a boat with a small motor’ to get a game over at the Balnagask course.

Hendo won a bursary to Robert Gordon’s College for his schooling and reveals a little known claim to fame. ‘I loved chess from an early age and got into the six-man college team which won the Scottish schools championship,’ he says, adding with a twinkle, ‘Believe it or not, I was just 12.’

He has made lots of moves since then, notably running The Workshop for nearly 17 years, a burgeoning onshore contract catering business which extends from Aberdeen to Dunoon and across the border to outlets in Great Yarmouth and Derby. ‘I am very fortunate to have my wife Nicola doing a great job in the day-to-day management of this business,’ adds Allan.

In addition, however, he has become a high-profile figure in the licensed trade in Aberdeen and round about in the last few years. Since January 2009 when he opened McGinty’s Meal an’ Ale on Union Street, Hendo and fellow directors have added The Stag on Aberdeen’s Crown Street, No.10 Bar & Restaurant, The Ferryhill House Hotel and The Fourmile at Kingswells to their portfolio.

And it was a historic day at Westminster the day I met Hendo at the revamped  No. 10 hostelry and restaurant in Aberdeen’s Queen’s Terrace. Theresa May was about to be handed the keys to that other No. 10, the one in Downing Street, but as one of the pub’s first customers when it opened 30 years ago,  I know which one I would choose to be inspired in.