The Salvation Army has existed in Scotland since the late 1800s, spreading north from London not long after being founded by Methodist minister William Booth.

As the name implies, Booth and his army of volunteers sought to bring salvation and hope to the impoverished members of society through their charitable and faith-based endeavours.  Today, the Salvation Army is a popular Christian church and one of the largest and most trusted charities in the world, with over one and a half million members and four and a half million volunteers. In Aberdeen,
its presence has long been felt throughout the city but nowhere more than in the Citadel.

The Salvation Army Citadel, one of the most recognised landmarks in Aberdeen, towers above the city at the upper end of Castlegate. Standing where the ruined medieval Aberdeen Castle once stood, the Citadel has called this prized location home since being erected in 1896 and since that time has been the hub of the organisation’s activities in the North-east. 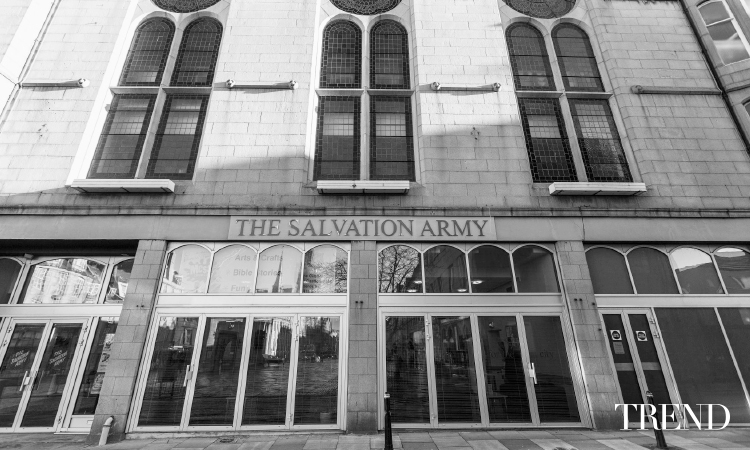 Originally designed to resemble Balmoral Castle, the Citadel underwent a multi-million pound refurbishment project in 2006 which took two years to complete and which brought the interior into the modern era without compromising either the original architecture or the mission of the building’s inhabitants. Today, the inside boasts a state-of-the-art Worship Hall, a conference centre, and a bright street-level café with  sweeping views of the Aberdeen bustle.

At the heart of this great structure though, is the work of the group itself. Hosting a full programme of community events and weekly worship sessions, the Citadel may be bricks and mortar but it is alive with the same purpose that the Salvation Army was created to fulfil – to save and serve those in need.
www.salvationarmy.org.uk