We know it seems a bit early, but there are so many Christmas events around the region that a bit of early planning is essential if you’re going to make the most of the run up to December 25th.

So look out your furry Santa hat, indulge in an early mince pie or two and peruse our guide to the best
festive events for the whole family…

The shops may have had Christmas stock on display for a few weeks, but for many, the season kicks off when there’s a parade down Union Street and the festive lights are switched on. This year, the tree, gifted by Aberdeen’s twin town Stavanger, will be lit in the Castlegate at 7pm on 23 November  after a carol service, and Union Street’s lights are being turned on at 5.30 on Sunday 26 November. You can catch Santa and his reindeer at noon the same day as they go from the Castlegate to the Trinity Centre.

Crafts fairs and farmers markets offer the chance to meet local makers, snap up an unusual gift or two, or just indulge in some local or seasonal delicacies. The Ministry of Crafts offers a modern take at their fair on 2 December in the Methodist Church on Crown Terrace, and they’re helping to run the Christmas Fair at Maggie’s Centre in Foresterhill on 28 November. You’ll also find a number of Craft Roadshow events in Union Square and the Bon Accord Centre throughout November and December. Stonehaven Town Hall hosts Knittykittybangbang’s Craft and Vintage Market on 17 December and there are similar events in many towns in the region.

Chainsaw carver Gary Shand has created 12 totem sculptures representing the 12 days of Christmas, which will be placed across the city centre, so you can track them all down. For some quiet contemplation and a retreat from the hustle and bustle, visit the Nativity Scene in St. Nicholas Kirkyard from 4 December.

The National Trust for Scotland has a raft of festive fairs including Haddo House over the weekend of 4-5 November and Crathes Castle the following weekend. Castle Fraser has Santa Paws McClaws, a delightful Santa’s Grotto just for pets on 2 December. The £5 ticket for a pet covers a gift wrapped pressie and a photo with Santa! Castle Fraser will also be screening festive films including Elf and The Grinch in the Great Hall on various dates in December, so bring blankets and a pillow. They are also holding a Christmas Concert with mulled wine and canapes on 8 December. Bringing blankets and a pillow to this one will probably be frowned upon! If you fancy a trip out of town, Brodie Castle at Forres has two concerts from The Marvel of Peru, playing exquisite Baroque music and festive favourites. Tickets are £15 including traditional mulled wine and mince pies. Book online at nts.org.uk.

Travel back in time with Delgatie Castle’s popular Victorian Christmas Weekends on 26-27 November and 3-4 December. Explore the castle and chat with staff in period costume, visit the local craft stalls to pick up a gift or two and indulge with an award-winning home-baked treat. Tickets are great value at £5 per person and Santa has a small gift for every child.

Broad Street and Marischal College will be transformed into an alpine style Christmas Village and market with crafts and plenty of festive food and drink stalls. The village will be open from 17 November. The village normally includes a traditional ice rink, fairground rides and a live entertainment marquee to add to the special festive feeling.

The ongoing refurbishment of the Music Hall means a few popular Christmas concerts are missing from this year’s line-up, but there’s still plenty of pantomimes and musical events for the whole family. Jimmy Osmond takes to the stage in HMT’s production of Aladdin, while Beauty and the Beast is on at the Arts Centre, and the Tivoli has the Attic Theatre’s Cinderella. There are tons of amateur pantos around the North-east too. If your tastes run to the classical, 7 December sees St. Machar’s Cathedral lit by candlelight for a Winter Chorale, and The Bloody Marys bring their own interpretation of the festive season to the Lemon Tree on 16 December. There’s a free carol concert with the Bon Accord Silver Band at the David Welch Winter Gardens in Duthie Park on Saturday 16 December at 11am and 2pm. Donations for local foodbanks are welcome.

Of course, the fun doesn’t grind to a halt on Christmas Eve. Aberdeen’s popular free Hogmanay celebrations on Union Street will feature fireworks at midnight. In Stonehaven, the annual Fireballs ceremony marks the passing of the year. It’s best to get there around 10.30pm to ensure a good view! The festive season draws to a close with Burghead’s Burning the Clavie on 11 January, which marks the Old New Year. The Clavie Crew carry a barrel of burning staves round the village and to the top of Doorie Hill after dusk falls.  The Clavie’s embers are said to bring good luck, so grab one if you can. 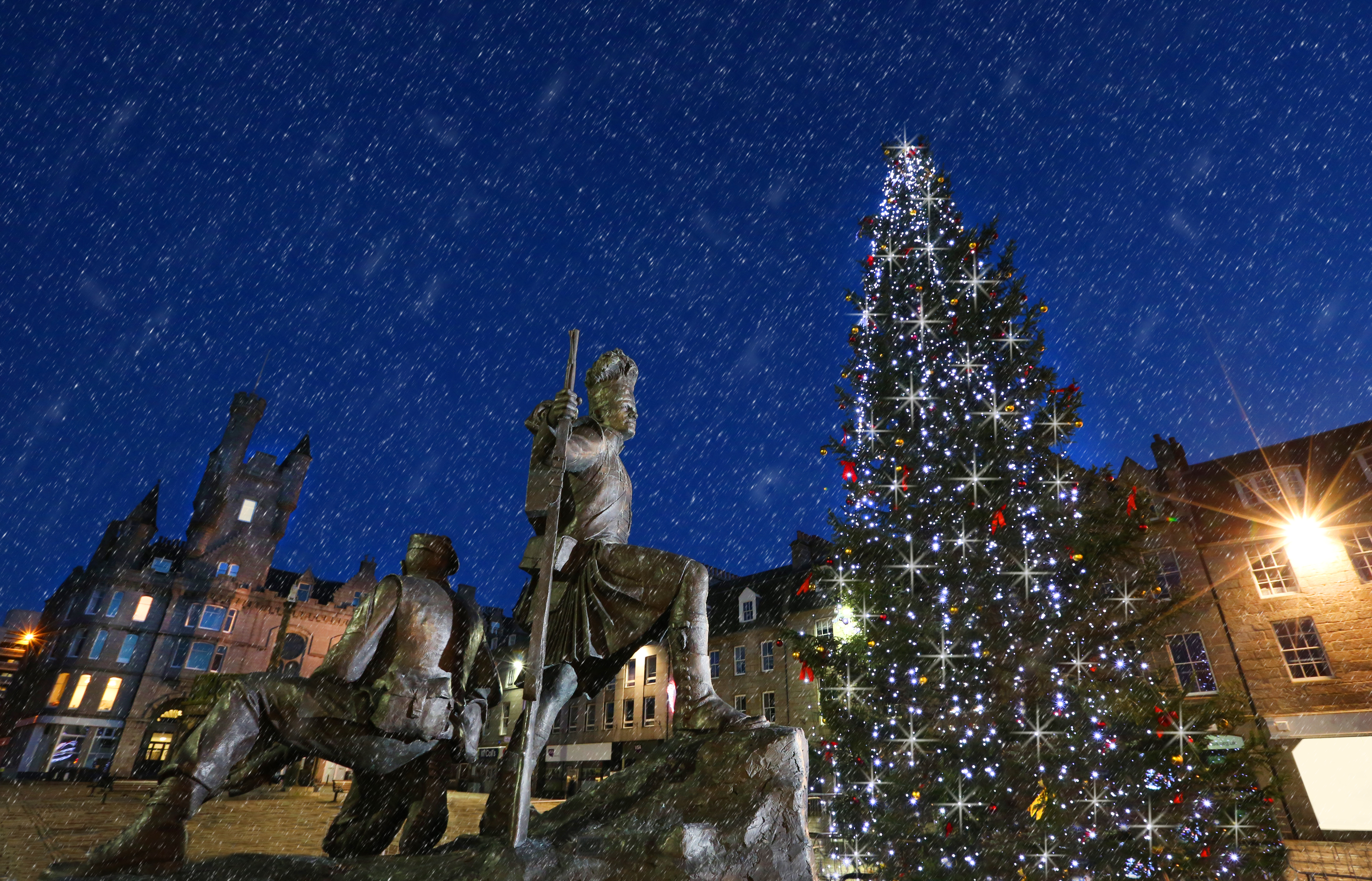 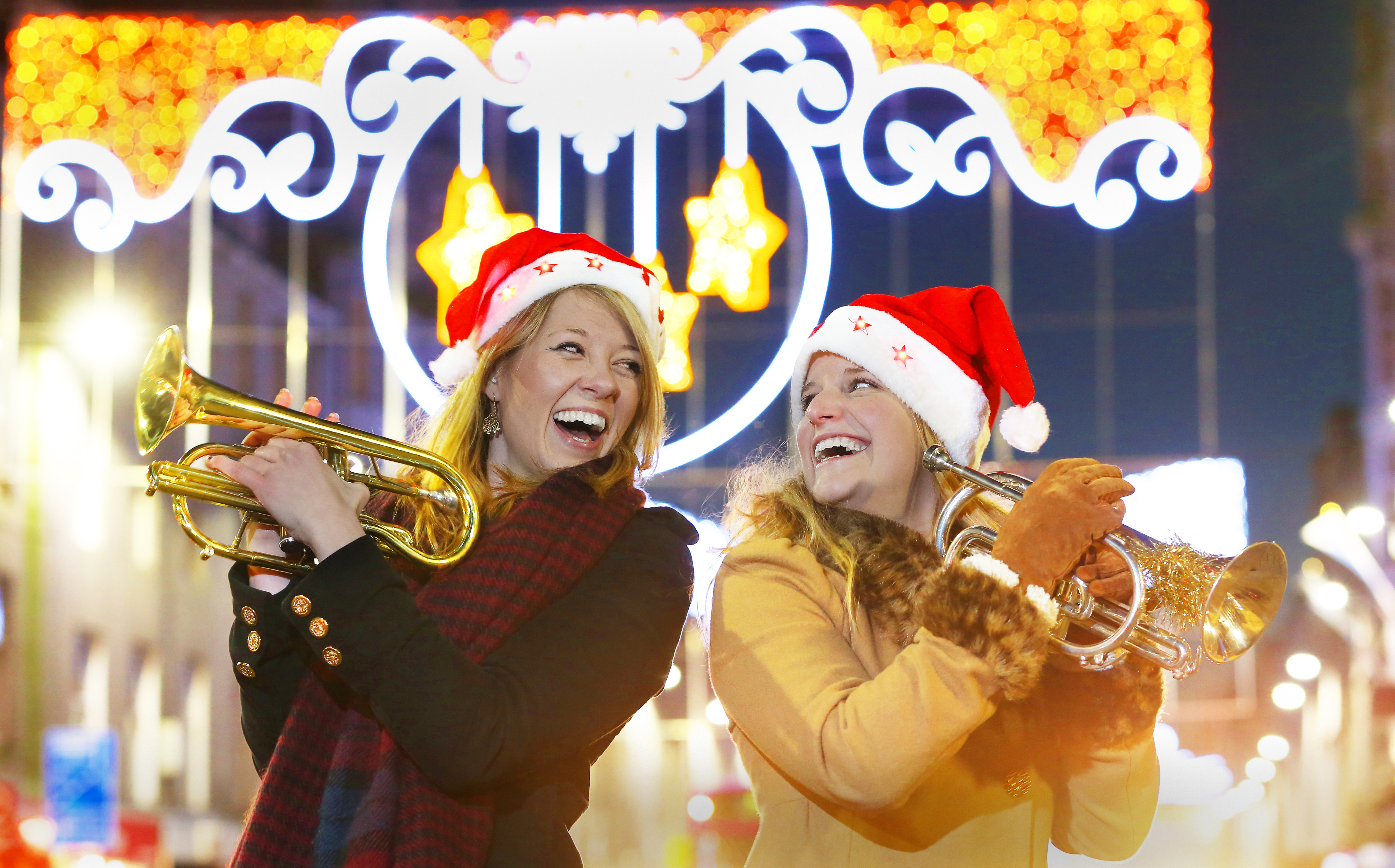