North-east Scotland’s leading literary magazine and Scottish charity, Pushing Out the Boat, has been gifted the use of a prize-winning image for the front cover of its 14th edition, which will be launched next month. 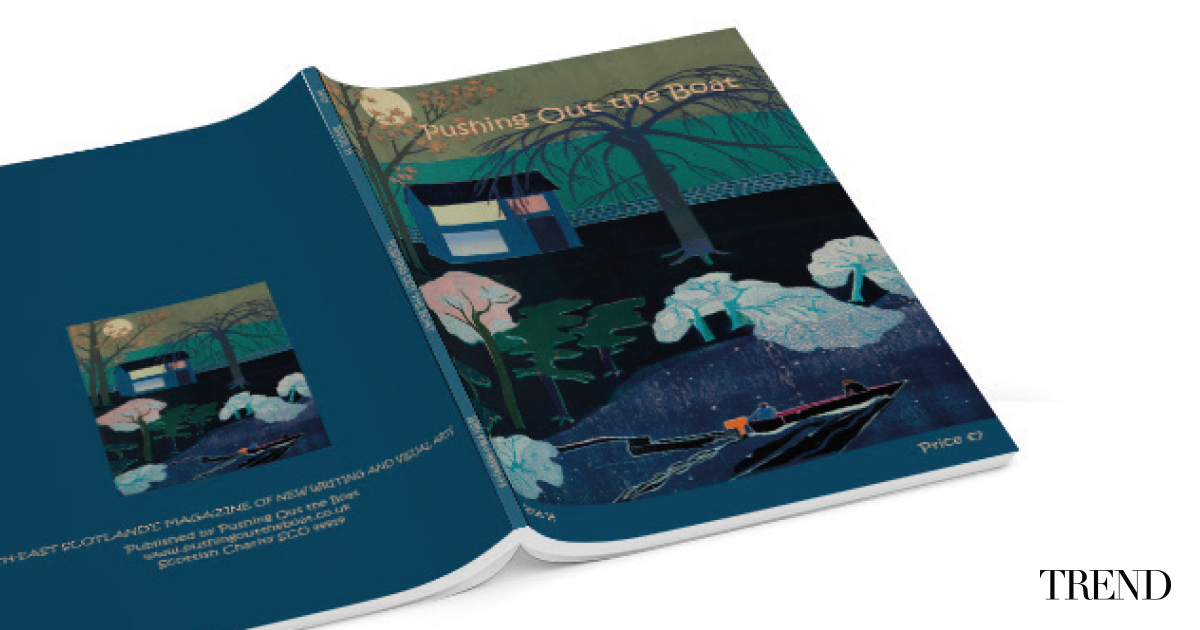 Internationally acclaimed and 2016 V&A winner Tom Hammick has donated the use of his print, ‘Violetta and Alfredo’s Escape’, which was inspired by his time as artist in residence at English National Opera (ENO).

Tom Hammick is a British artist based in East Sussex; in 2016, he completed an Artist Residency at Peacock Visual Arts, Aberdeen, where he is now printing new woodcuts.

Pushing Out the Boat is a journal of new writing and visual art, run by volunteers, and features work from both established and first-time published writers locally and internationally.

Recognising the importance of the many forms of Scots language to local culture and heritage, the magazine includes short stories and poems in Scots and, importantly, in Doric. As such, the magazine has become a vital medium for keeping the language alive.

Members of the Pushing Out the Boat team are ‘incredibly honoured to have been gifted use of the image by Tom Hammick for this edition’s front cover, ‘which is, not least a major acknowledgment of the exceptional standard of work published in the magazine.’