Having spent my University years in Texas, I took away some important life lessons.  Among them, that a cow will tip over if startled from behind, eating hot chili peppers is best done with a glass of cold milk nearby and , perhaps most importantly, the only beer worth drinking is craft beer.  So imagine my delight, all these years later, at finding one of the world’s fastest-growing craft breweries virtually on my doorstep. 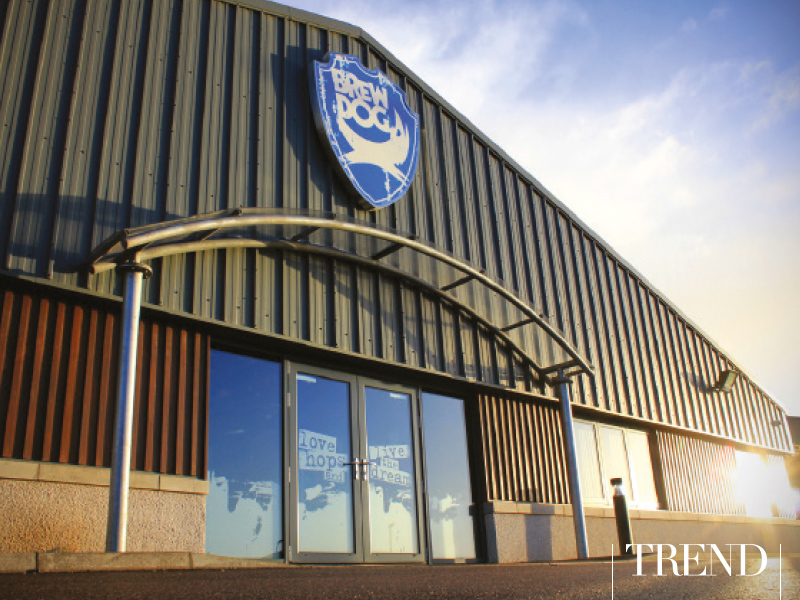 BrewDog, the establishment-bashing brewery that was the brainchild of Fraserburgh’s Martin Dickie and James Watt, has gone from a two man, one canine operation to a globally celebrated brand in under a decade.  Edginess and non-conformity have been part of the BrewDog ethos from day one, and financing is no exception.  Capitalising on its popularity, the company completed a record-breaking crowd funding scheme, the result of which now towers proudly over the town of Ellon, just North of Aberdeen, in the form of a shiny new brewery complete with bar and shop.

The bar itself offers customers the chance to indulge in some of the freshest-brewed craft beer around while engulfed in the sights and smells of a working brewery.  But to truly gain an appreciation for the passion and purity behind the beer, a factory tour is a must.

As expected, the BrewDog personality is evident throughout in the form of eye-popping graffiti, but the real artistry happens inside the tanks.  With only four ingredients going into each batch, and such a variety of flavours coming out, it is no wonder they call this a craft.  Follow the tour with a session in the BrewDog beer school if you want to learn how to create the magic yourself or if you are content to just be a connoisseur, sidle up to the DogTap and check out the brew of the day.

With some companies, growth means abandoning the ideals on which they were founded.  A tour of BrewDog’s new facility reassures that this brand is as pure as the first bottle ever brewed, there is just a lot more of it to be enjoyed.  www.brewdog.com