In 1843, a disgruntled band of zealous ministers took umbrage with the Church of Scotland and ultimately decided to part ways in a mass walk-out that came to be known as The Disruption.

They would go on to form the Free Church of Scotland, a Protestant denomination with a sizeable following, creating an urgent need for new church buildings in which to worship. And suddenly the skyline of Aberdeen was graced with one of its most iconic structures.

The Triple Kirks were rumoured to have been erected in a matter of weeks, using readily available and inexpensive materials, including reclaimed red brick which dresses the still-standing spire, producing a striking contrast in a city of granite. The structure was so named as it was the only Scottish church built to accommodate three separate congregations – the East, South and West United Free Churches.

Over the years and through a series of unifications, the Free Church was essentially reunited with the Church of Scotland, meaning the dearth had now become a glut of buildings, and the Triple Kirks largely fell into disuse. Only the East Church has fully survived, having been remodelled in 1900 and again in 1965 and today being home, ironically, to one of the city’s most popular pubs and nightclubs. The brick-clad tower, a defining feature on the face of the city, remains standing but is vulnerable to further deterioration if restoration measures are not taken. 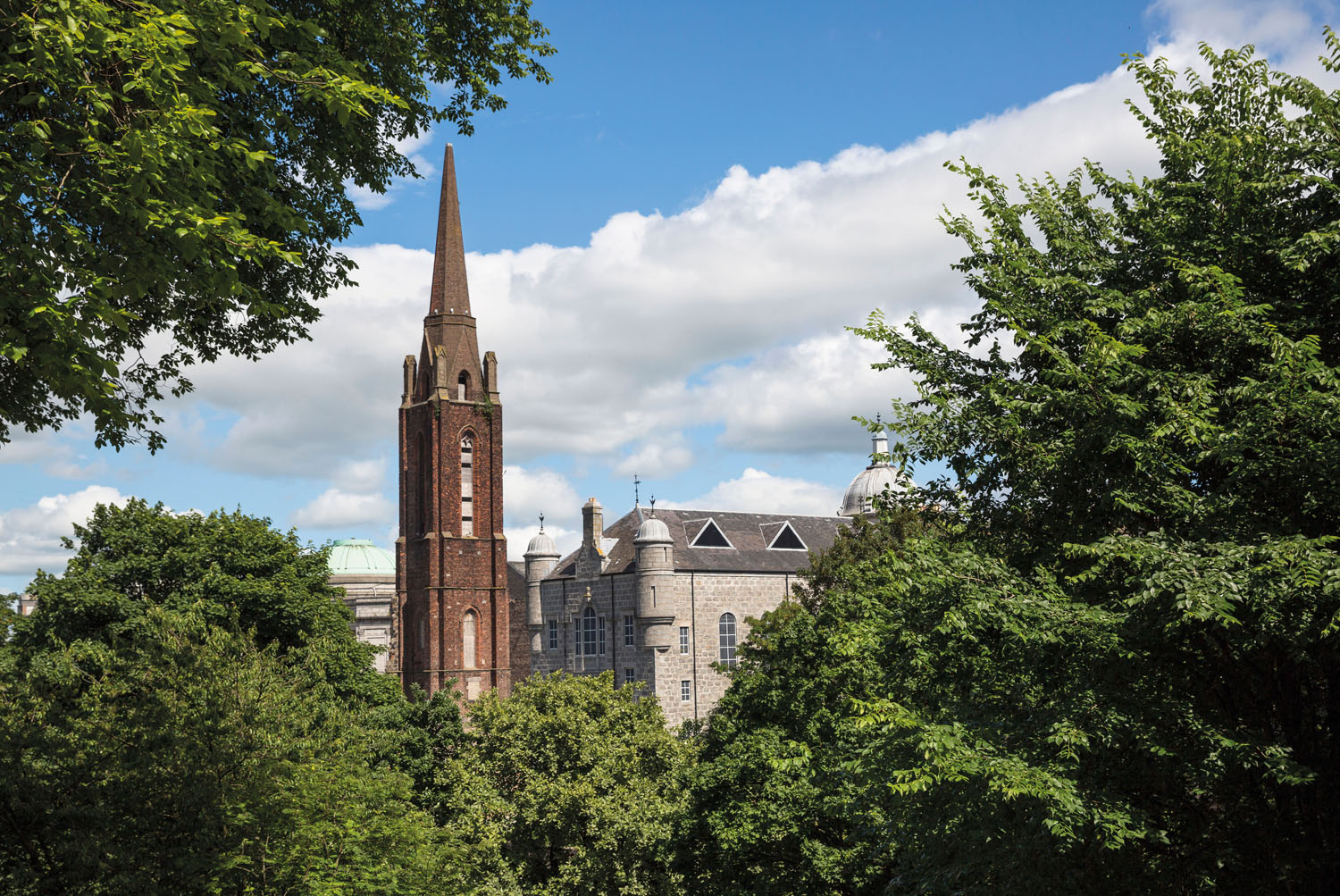 There have been various proposals to convert the ruins of the Triple Kirks over the past twenty-five years, with plans for everything from office blocks to a heritage centre, but none has thus far come to fruition. The latest design will see the ruins converted to much-needed student accommodation in the heart of the city, with the spire remaining prominently at the centre. With luck, refurbishment of some kind will take place before Aberdeen loses an important part of its skyline forever.