Still basking in the glow of a summons to Holyrood Palace in Edinburgh in July to receive the insignia of OBE from Her Majesty the Queen is Aberdeen business woman Alison Sellar whose company, activpayroll, has spread like wildfire to more than 140 countries in the past 16 years. However, the envelope containing news of the honour being given to the former Aberdeen Grammar School pupil could easily have landed up in the bucket.

Alison is not alone in dreading the sight of brown envelopes arriving in the post and said: ‘To be honest, I thought it was a parking ticket I was getting so I was thrilled to discover otherwise.’

She is proud of receiving the accolade for services to business in Scotland and abroad but is quick to acknowledge members of the team who sort out the payroll for thousands of people worldwide.

At the helm with her are husband Euan, who is chief operating officer, business services director Sian Odgers and global tax director Graham McKechnie. ‘We are so fortunate to have great staff who fly the flag for us abroad,’ Alison added.

‘We started in 2001 with just one client in the oil and gas sector of the North Sea but by 2005 we had opened our first overseas office in Perth, Western Australia, and are now well established in places like Singapore. Finding good people has been the key to success and our philosophy has been that we cannot afford to over-promise and under-deliver.’

For obvious reasons of client confidentiality, she has to decline naming any of the companies activpayroll serves, but she did let slip a juicy titbit that one is a Formula One racing outfit.

Alison is very grateful to her parents Norma and Allan Smart, of Grampian Business Bureau, for whom she worked before being made a partner in 1999 and branching out with activpayroll. Oh, and along the way, she is mum to Thomas and Danielle and, by the way, is an ardent fundraiser for charities, cycling hundreds of miles for good causes such as the Maggie’s cancer centre in Aberdeen. Yorkshire in August and India in November are next on the agenda.

It’s a full-on life for this 48-year-old who said at school she wanted to be a ski instructor. ‘I am humbled to have received my OBE from the Queen” she added, ‘but this wouldn’t have been possible without the support of my husband Euan, my family and the entire team at activpayroll.” 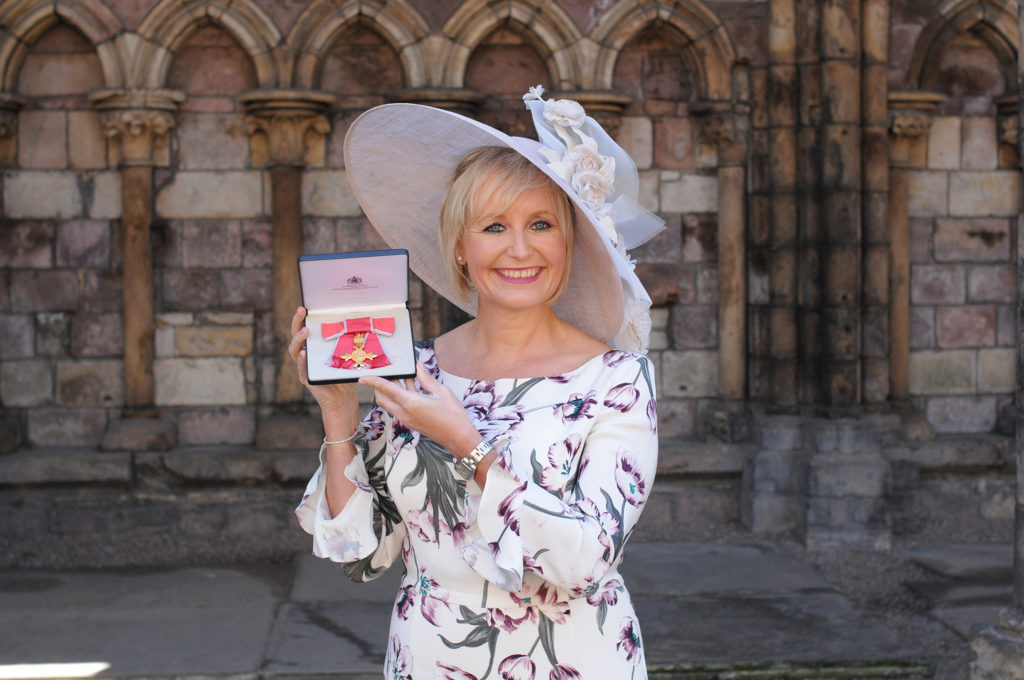