When you meet the petite Taelor Shand, you can hardly believe she likes nothing better than living life in the fast lane.

To be precise, that involves driving at great speed in her chosen hobby of circuit racing. Taelor has been rising through the ranks since she started competing at the tail end of the 2015 season. ‘I took part in the last two rounds of the Scottish Mini Cooper championship at Knockhill in Fife,’ she says, ‘and by the end of the 2016 season, I was ladies’ champion.’

So how did she get the racing bug in what is still a male-dominated sport? ‘You can blame my dad, Alan, for getting me started. He phoned one day to say he had bought me a Mini Cooper. He’s a man who really loves his cars and his pride and joy is an Audi R8. As for myself, when I was a pupil of the Gordon Schools in Huntly, I loved all-action sports such as gymnastics, horse riding, slalom skiing and quad biking. However, I never imagined how far my racing hobby would take me.’

Last year, Taelor drove under the Minimax banner, but is now driving a JCW Mini Cooper, having teamed up with Suffolk-based Excelr8 Motorsport. At this point in our conversation in a coffee shop in Aberdeen’s Union Street where traffic whizzes by at 10mph, my eyes glaze over as she explains what makes her new car so good, ‘It has an extra 265 bhp, a sequential gearbox and the diff with the slicks.’ Eh?

Three more questions stick out as we speak. One is the obvious one of there being a dearth of women drivers and is there hostility from the menfolk? ‘Not really,’ says Taelor. ‘The beauty of motorsport is that no matter what gender you are, you are all equal once that helmet is on.’ Secondly, is it not a hobby fraught with danger? ‘I don’t think of it in that way,’ she adds, ‘once you are racing, you are totally focused on the job in hand.’

Thirdly, how can you possibly afford what could be costing you £50,000 a year to compete? ‘My Dad contributes a lot of my funding, but securing sponsorship means I can compete for the whole season. In addition to her link with Excelr 8 Motorsport, Taelor has secured support from Lokring (Northern), which makes a mechanical cold weld for heavy industries and MES who provide electrical solutions to the power sector. Also on board for the third year running is East West Flooring, and new backer Pressure Test Solutions.

When she’s not on the track, Taelor’s in her final year of an honours degree in business management and human resources at Robert Gordon University. Her priority is to do well enough to go on to do a Masters degree. Meanwhile, with spring in the air, there’s a spring in her step as Taelor continues to reach for the stars.

If you want to be part of the Shand experience, contact her at taelor.shand@googlemail.com. By doing so, you can help her reach her next goal, to compete in the British touring car championship. It’s all a far cry from Huntly and, who knows, next stop could be Top Gear. 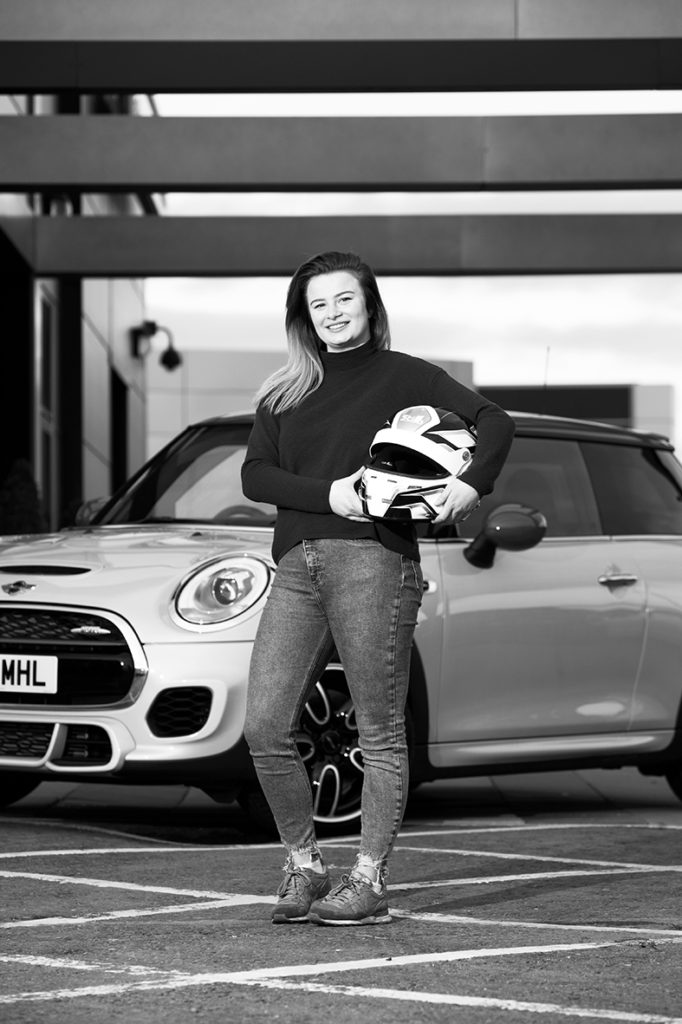