It’s no secret how a writer’s mind works and I am no different. You want to cast a spell over your reader, using the power of words to convey subtlety, colour, verbal sleight of hand, wit and maybe a bit of wisdom. In short, you want them to be spellbound and appreciate all the tricks of your trade.

So far so good but what happens when the tables are turned and you, the writer, are to be bewitched, bothered and bewildered by others wishing to cast a spell on you?  I find out in the company of Jeff Burns and Ivor Smith of Fifth Dimension who have been taking their brand of magic all over the world for a decade and, of course, I do end up agog, bamboozled and spellbound.

We meet at Aberdeen’s Malmaison Hotel and repair to a veranda beside a rather chintzy private dining room. At first, the chat centres on what the lads did before taking flight on their own very special magic carpet. Says Jeff, ‘I am actually a trained accountant and worked for oil companies such as Talisman and Agip. I’d been interested in magic and my hero was the magician David Nixon.’

By contrast, Ivor worked in economic development for Aberdeen City Council long before the recent downturn in the North Sea oil and gas sector, so no prizes for guessing how much the city fathers would love to have him back in post to magic up lots of jobs. Ivor’s wife gave him a magic set one Christmas and he was hooked.

The duo are in great demand in a variety of roles from teaching life skills to stressing the importance of safe practices at work and doing close-up magic at dinners and even weddings. ‘Yes, we do lots of weddings and they are great times for us,’ says Ivor, ‘not least because we have a special trick for the bride and bridegroom’.  Sounds exciting or is it scary when they make a wedding ring disappear?

Fifth Dimension have performed in exotic locations such as Las Vegas, Hollywood and Thailand and once on the Orient Express when it had an outing in the North-east. However, the lads don’t get carried away and stay firmly grounded performing in and around Aberdeen. They have spent the last two years in between gigs creating a new show called Unbelievable. ‘We plan to take it on tour round the North-east so look out New Pitsligo,’ says Ivor.

Inevitably, to end our chat outside before it got a bit chilly, Jeff and Ivor each involved me in card tricks. Suffice to say, they had me stumped by turning up the seven of hearts and the four of diamonds respectively and if I knew how they did it, well, that would be magic. 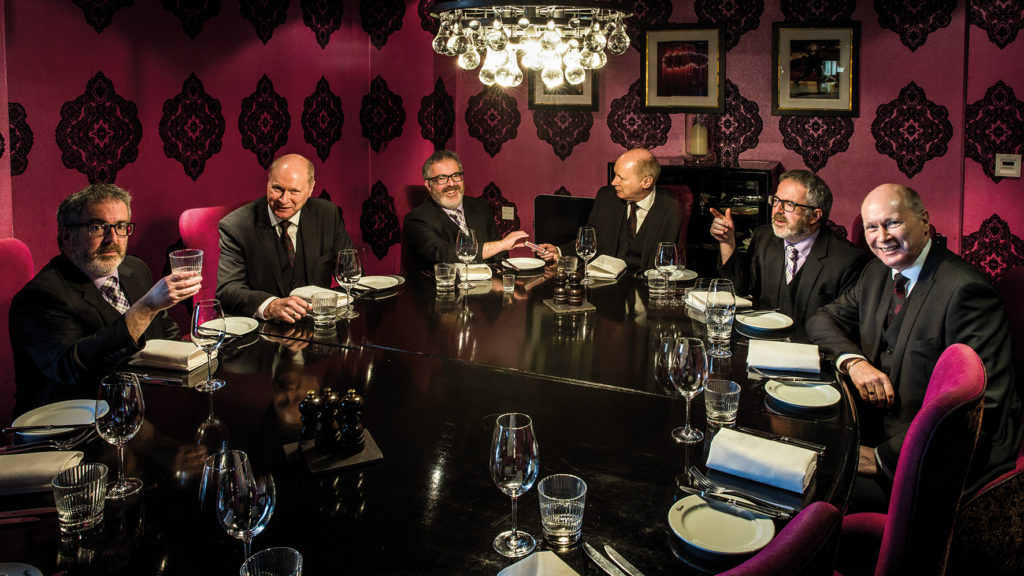