The Bloody Marys originally started as a side project which rapidly evolved into rock’s answer to Grayson Perry and a guaranteed great night out.

Keyboardist Steve Morrison explains, ‘Back in 1994, Barry, Ian and I were playing together in a ‘serious’ band. We were challenged to put a covers set together in a week to play a Halloween gig. Since we needed Halloween costumes, we decided on the frocks. Six months later we were wearing dresses and prancing around the stage like idiots for a living, winning Band of the Year and selling out the Capitol!

‘Family and work commitments took over and we played our final gig in 2009. A couple of years ago, someone posted an old nineties gig photo on Facebook and we got back together. We’re like musical ducks. On the surface it looks easy, but underneath we’re paddling like crazy! 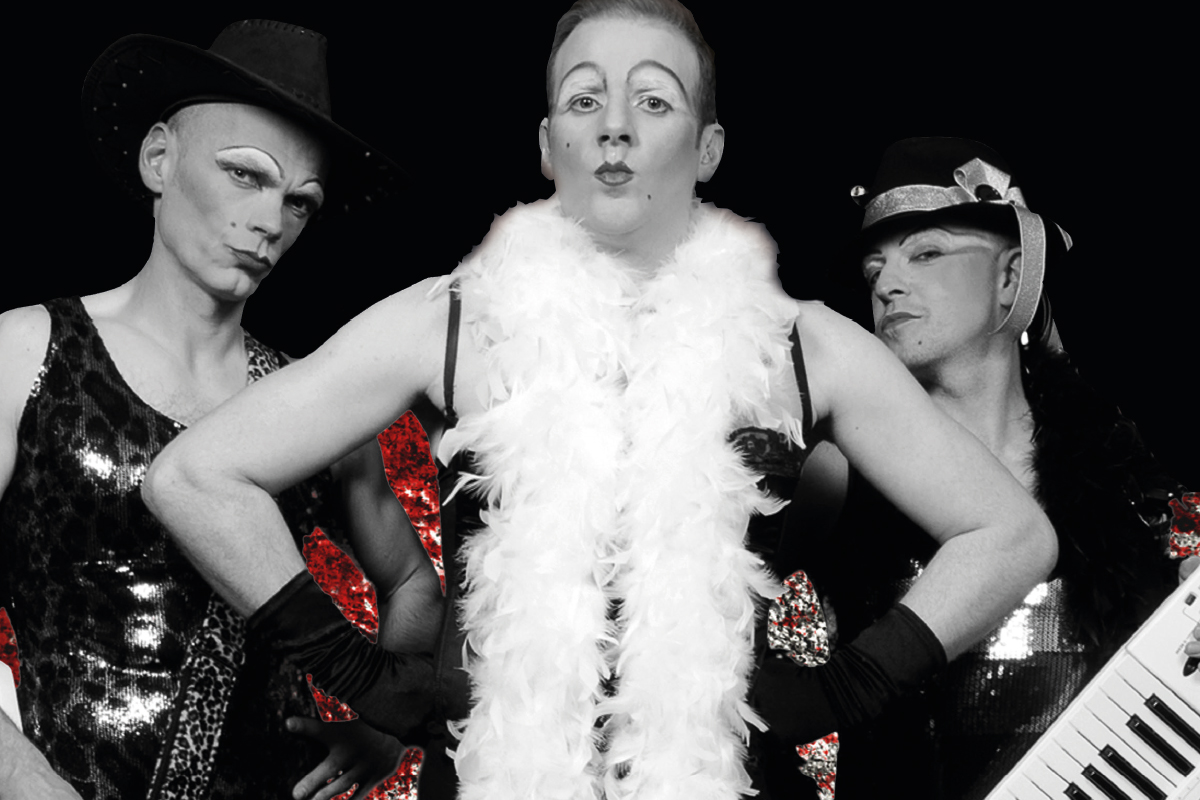 ‘If the original song is like your teenage daughter, our version is like when her boyfriend with the motorbike shows up. The set includes covers by all the greats: Abba, Take That, Queen, AC/DC, Barbra Streisand…all the usual stuff!’ Steve laughs. ‘Our costumes are mainly about finding something that fits, clashes and looks ridiculous.’

The band’s stage presence is a long way away from their day jobs. Steve Morrison combines keyboard wizardry with being the Audio Visual Manager at Aberdeen Exhibition & Conference Centre, while Barry Dodds doubles as a Network Project Engineer and guitar god. Vocalist Ian Gray somewhat disturbingly combines his flamboyant stage personality with an engineering career at Torness Nuclear Power Station.

Steve continues, ‘We don’t play as o en as we did back in the nineties. We try to keep it special by only playing two main gigs in Aberdeen and fundraisers/corporates around the North-east. We have our big Christmas Show at the Lemon Tree on December 17th, then a fundraiser at Kinellar Community Hall on February 18th. You can see what’s coming up on our Facebook page or e-mail info@thebloodymarys.co.uk to discuss a gig.’