While it is undeniable that humans dominate other species on planet Earth, it is interesting to consider how we have managed to achieve this when taking into account just how grossly outnumbered we are. There are more than eight million species of animals on land, in the air and in the seas, and most Homo sapiens are probably familiar with no more than a handful. But a trip to the Aberdeen Zoology Museum will fix that. 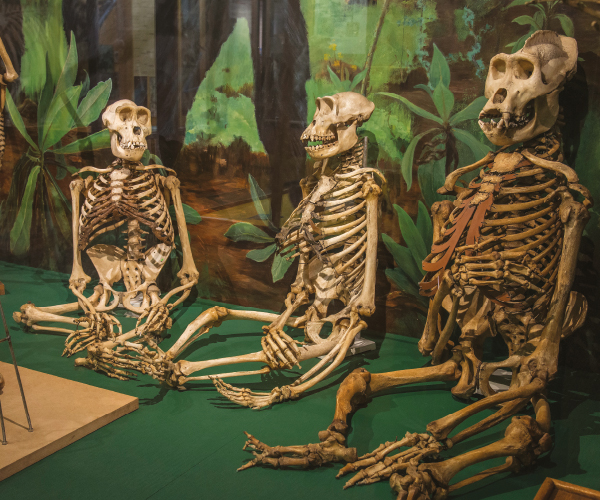 The Zoology Museum is located in the Zoology building at the University of Aberdeen, just on the outskirts of the campus, and is alive with the preserved remains of creatures great and small. From the skeleton of the Elephas maximus that greets you at the door to the perfectly preserved duck-billed platypus hiding in a corner, there are truly too many animals on display to take everything in during one visit – it’s just as well that admission is free.

Though admittedly a trip to a zoo can make a great day out, there is something quite extraordinary about sitting in the silent company of hundreds of life’s unique beings as they allow you to study their every detail, in some cases from the inside out. The creepy crawlies will haunt your sleep, the feathered critters will melt your heart and, if you are anything like me, the specimens maintained in fluid-filled jars will mesmerise you. Whatever your age, there is something here to capture your imagination.

The diversity and complexity of the animal kingdom is a thing to be marvelled at, particularly as so much of that diversity is today under threat. As the main source of that threat, maybe the best thing that human beings can do is to study and learn as much as we can, before it is too late. The Aberdeen Zoology Museum is a great place to do just that. www.abdn.ac.uk