Morag Stark has a long association with Aberdeen, having studied Home Economics here. Her career in hotel management has taken her all over Scotland and even to New York’s Cornell University when she was awarded a Master Inn Holder’s Scholarship to their intensive general management programme.

When she’s not mentoring her young and highly talented management team at the Mal, Morag can be found out running with Jog Scotland Kintore and is training for this year’s London Marathon, where she will be fundraising for the Army Benevolent Fund. The charity is dear to her heart as her son is in the army.

She’s also the Vice President of the Kintore, Kemnay and District Rotary Club and is currently looking forward to November when the Malmaison will be celebrating ten years as the city’s most stylish hotel. 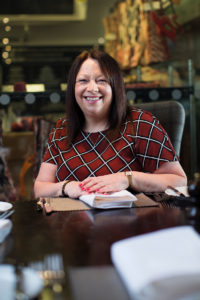