Women’s football, the fastest-growing sport in the world, is attracting an increasing number of players in North-east Scotland. One of the city’s newest clubs, Granite City Ladies, entered the scene in style last season, winning every league game in SWFL Division 2 North. 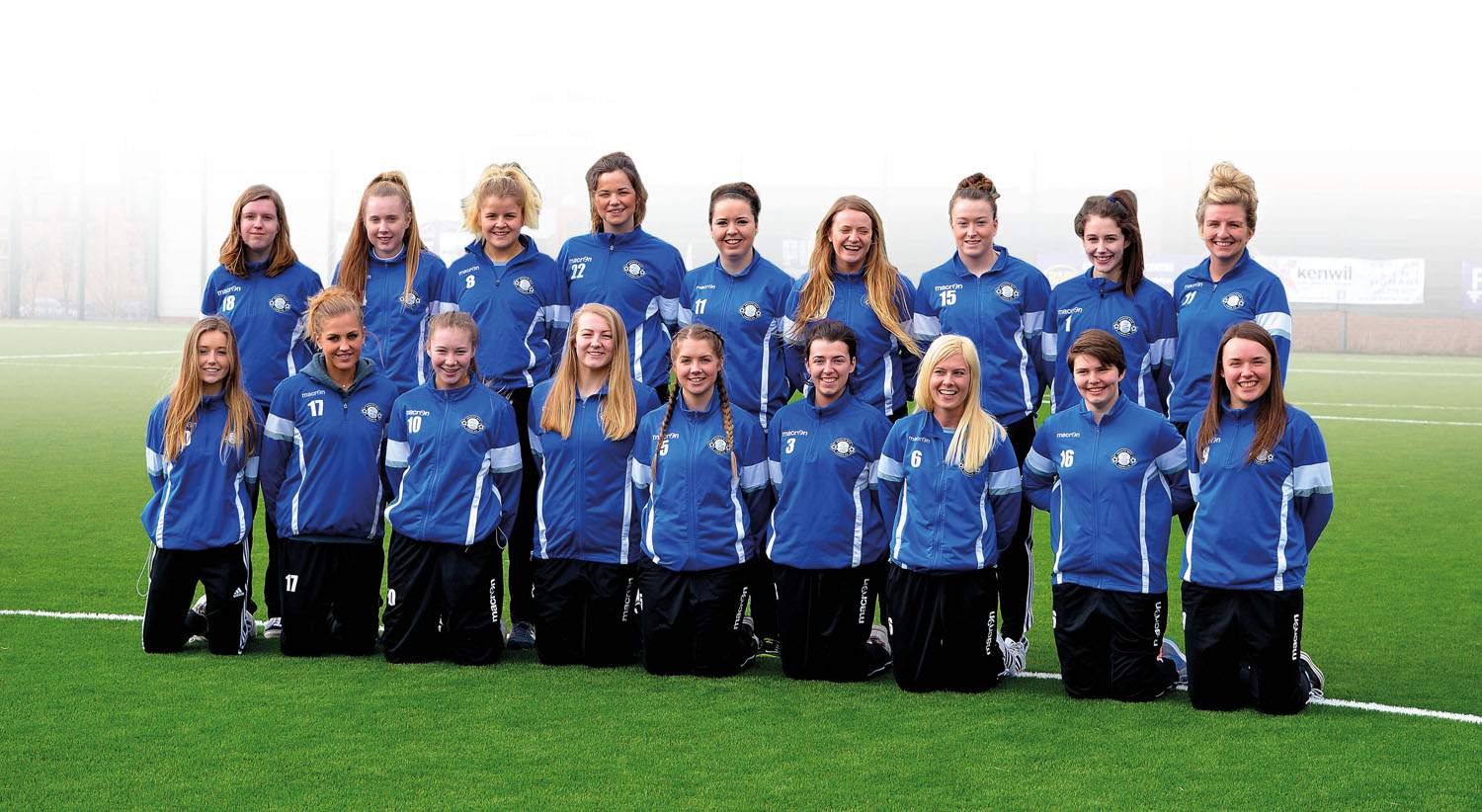 With a squad of 28 girls, ranging in ages from 15 to 26, Granite City Ladies FC are sponsored by Lister Domestic Appliance Engineers, Dron & Dickson and Granite City Events.

As the 2017 season approaches its half-way mark, Granite City Ladies are in a strong position in Division 1 North.  Last month, they had a convincing win over Inverness City, who until then were the undefeated leaders at the top of the table.

Meanwhile in the SSE Scottish Women’s Cup, Granite City are through to the second round having beaten Dundee United and Dundee.

The ladies are also making their mark off the pitch with the younger players having just sat National 5 and Higher exams and the older ones either studying at university or involved in a variety of professions from teaching to nursing and physiotherapy.

As guests at the Cove Rangers FC Dinner recently, three of the squad were fortunate enough to meet guest speaker, Freddie Flintoff, who seemed more than happy to pose for a photograph with the stunning trio.Captain, Vikki McIntee, who runs her own business, Bajolo Beauty, in Inverurie said, ‘It’s not exactly glamorous with shin guards and hair scraped back, especially when you come off the pitch dead-tired and soaked through. But we all love the game, playing for each other and improving our skills. With training two nights a week and a game every Sunday, our fitness is key. And off the pitch it’s normal girls stuff, getting dressed up for a night out and a prosecco or two!’

Next season, Granite City Ladies will become the official ladies team for Cove Rangers Football Club and they will train and play at the new Balmoral Stadium when it is completed.