The inaugural awards, created by Royal Bank of Scotland and Business Insider, were held in April at RBS Gogarburn in Edinburgh, to celebrate Scottish innovation – highlighting the achievements of organisations and individuals across all sectors of Scottish industry. 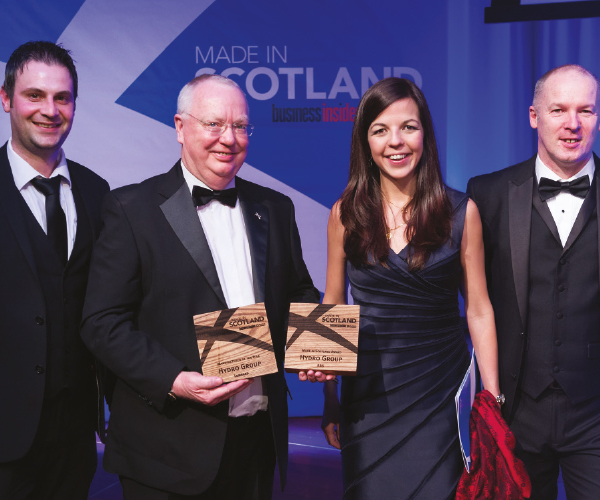 Subsea cable and connector specialist Hydro Group scooped the two awards thanks to its position at the forefront of the development and innovation of subsea product technologies.

The Manufacturer of the Year award comes in recognition of the company’s dedication to the development of the complete subsea electrical and optical interconnect package.

All the previous category winners were eligible for the coveted Made in Scotland award which recognises the most outstanding entry for the awards.

Doug Whyte, managing director at Hydro Group said, ‘Being presented with these awards is excellent recognition of the continued growth and successes the company has achieved over the past three decades.

‘Everyone is delighted with the outcome, and I am incredibly proud of the entire team for their continued enthusiasm, innovation and development of market-leading subsea cables and connectors.’