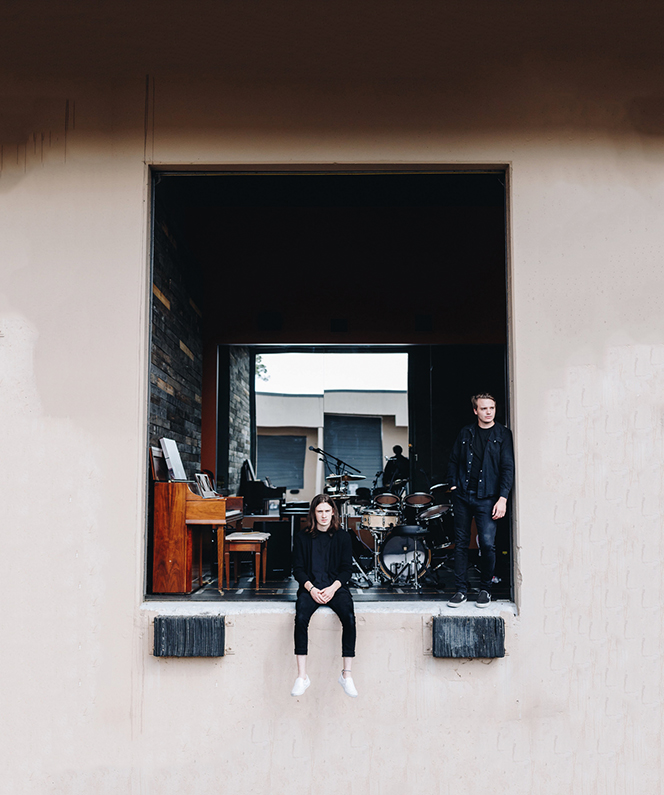 There has long been a debate as to where musical ability comes from – thousands of hours of dedicated practice, or is it something we inherit from our ancestors? If aberdeen-born band canary gold was taken as a test case, there would be a strong argument for genetics.

Canary Gold is fronted by brothers Spencer and JP O’Grady, who have been creating music together ever since they were youngsters growing up at the foot of Bennachie. While other boys obsessed over bending it like Beckham, the O’Grady’s yearned to emulate the likes of Ray Charles and Stevie Ray Vaughan.  With their inaugural instruments being purchased in a Lidl weekly special, their sound has certainly come a long way over the years.

Today, Canary Gold’s music can best be described as indie rock/pop, although their unique and ever-changing sound actually makes it difficult to pigeonhole. BBC’s Vic Galloway described their debut single as ‘epic piano-led rock’ and ZZ Top’s Dusty Hill, who introduced the band at a gig in Texas, simply described them as ‘his favourite up and coming band.’

Though everyone in the band can play multiple instruments, Spencer fills the role of lead guitarist, while JP spends most of his time behind his stage piano. They alternate onlead vocals, with Spencer explaining, ‘we have an unwritten rule that if I write a song, I sing it, and vice versa. We are brothers, after all, so we’re not the best at sharing.’

Supported by bassist Bryn McLernon and drummer Gregor Marr, Canary Gold is currently working feverishly to release a new single every couple of months, while continually evolving their live set, which they have been playing to captive audiences throughout Scotland.

These days, the music industry is teeming with bands hoping to get discovered, which means one has to be exceptional to be heard above all the noise. Canary Gold fuses bold instrumentation, haunting harmonies, and the symbiosis of life experience that only siblings share.  The resulting sound is as daring as it is familiar, and certainly powerful enough to be heard.