Literally translated, the word Fettercairn means ‘foot of the mountain’ which makes perfect sense when you first lay eyes upon this village, nestling comfortably amongst the foothills of the Grampian Mountains. But despite its perfectly picturesque appearance today, this conservation town has a colourful, and sometimes violent, history. 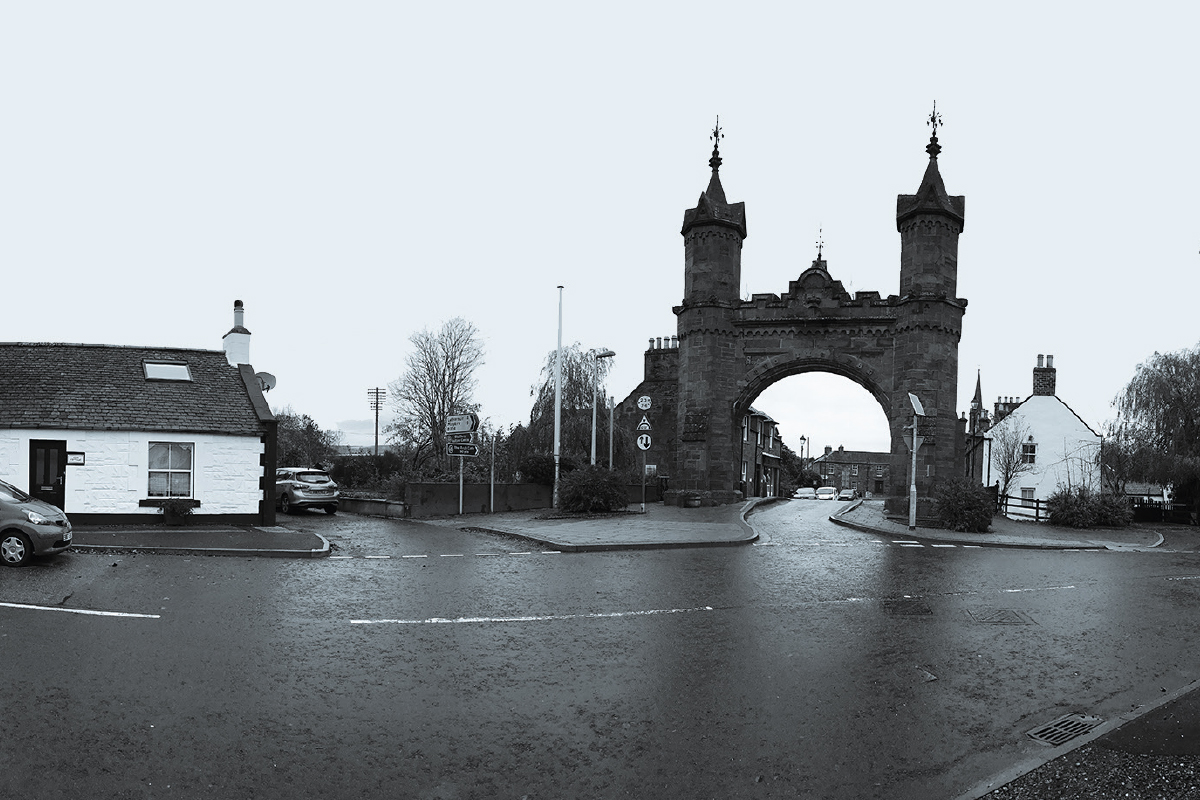 Established as a township over a thousand years ago, Fettercairn has hosted Queens, been home to a Prime Minister and has even been the scene of the murder of a Scottish King. Perhaps most intriguing was the suspected murder of King Kenneth II in 995 by Lady Finella, whose son had been killed by the King. According to legend, she lured the monarch into her home, released a score of arrows into him, and then fled for her life before eventually throwing herself over a waterfall in nearby St. Cyrus to avoid capture.

Located a short distance from the Cairn o’ Mount, an ancient military route, Fettercairn has seen its fair share of discord and was even burned to the ground in 1645, at the peak of its prosperity, by the Marquis of Montrose. Unfazed, the residents resolved to restore their glorious village and erected a host of spectacular buildings which remain today.

Depending on which way you approach Fettercairn, you will either be greeted by the Royal Arch, a gothic structure erected in 1864 to commemorate a visit by Queen Victoria and Prince Albert, or the red sandstone Parish Church, built in 1803 and towering strikingly atop a grassy knoll.

As a reminder of the town’s commercial history, the mercat cross stands prominently in the town square and the Fettercairn Distillery sits proudly at the edge of town, as it has done for almost two hundred years.

If you want to live a part of Fettercairn’s history for yourself, book in to Fasque House, just to the north of town and former home to Prime Minister William Gladstone. Available for private hire or holiday lets, this baronial mansion is just one more reminder that this seemingly sleepy village has a rather lively past.