Ryan McAdam has lived life in the fast lane as motocross champion, but this year will see him shift things up a gear as he takes on four wheels instead. 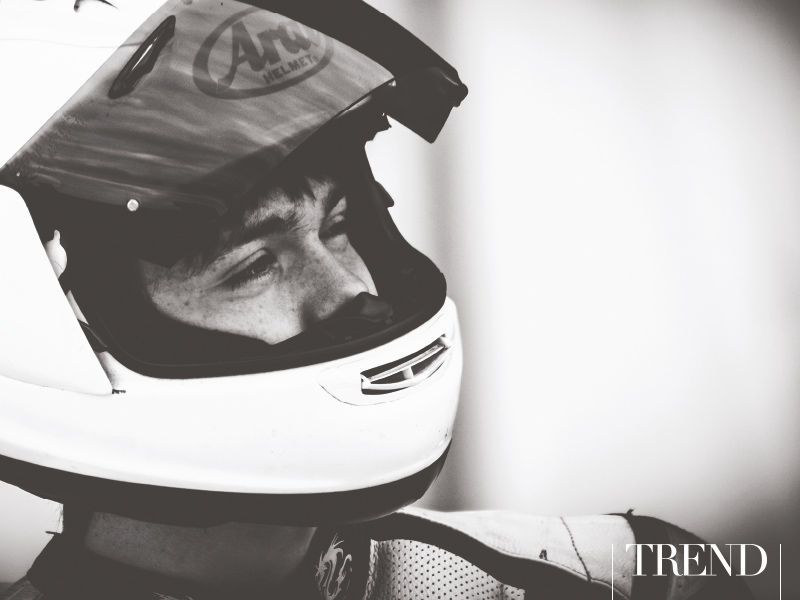 From hitting the motorcycle saddle at 16 he has raced his way to pole position. He was quickly snapped up for the JDF Racing team for his fearless demonstration of speed and nerve, and went on to become a top five race finisher in the British Superteen Challenge. Despite almost ripping his thumb off in a 100mph crash four years ago, Ryan’s focus remains squarely on the road ahead.

His cool focus on the track caught the attention of Formula One and 500 Grand Prix World Champion John Surtees, who invited Ryan to race in his charity event at Mercedes Benz World.

‘After this John and I sat down and discussed the opportunity to switch to four wheels’, said Ryan. ‘He said if that’s where my heart is I should go for it. The style of racing is going to take a complete rethink from how I’m used to racing, but for me, cars and motorbikes are equal – I love both.’

Having now set his heart on getting behind the wheel, the 20 year-old is set to race in the MSA Formula 4 Championship, in the BTCC series this year. With a packed training schedule, both on and off the track, the apprentice mechanical engineer finds himself in the gym five days a week, building his core strength in a gruelling training programme.

He said, ‘If it was a video game that I could crash without injury I don’t think I would be excited about it, it’s the danger side of it that is an added bonus’.

‘If you take your eye off the ball out there you can lose time, or worse, crash.’