For me there are few better wraparound views in Aberdeen, than that from the floor to ceiling windows surrounding the Silver Darling restaurant on Pocra Quay. Whether catching a glimpse of dolphins and seals playing around the harbour mouth during a summer lunch, gazing at the brightly lit sweep of the coastline in the evening, or that moment when you think the restaurant is moving, and you realise it’s the massive Viking on the Aberdeen – Shetland ferry silently sliding by, it’s always a stunner.

This was my first trip to the Silver Darling since The McGinty’s Group took ownership at the beginning of October. There is a new menu showcasing some of the very best local seafood; the neighbouring table ordered huge Carlingford oysters to start, whilst we opted for the classic moules and a delectable crab and crevette cocktail complemented by pea puree, and a fennel and orange salad. Whilst we waited for the starters, there were olives and super-light rosemary focaccia bread to hold our attention, along with an accessible wine list and plenty of choice by the glass.

Our mains arrived, and my roasted hake fillet was just right, flaky and light, resting on butterbeans, spinach, chorizo, salsa verde, cherry tomatoes and pine kernels; all of which provided a great feast of texture as well as taste. My partner’s steamed lemon sole was served simply with crushed potatoes, lemon and parsley sauce and topped with roast capers.

Portions are well judged, as we felt up to a dessert and eventually decided on the chocolate delice with candied kumquats, and the spiced apple tart with hazelnut ice cream and warm cider sauce, both of which were absolutely delightful, as was the entire meal.

The Silver Darling has retained its AA rosette for 2017/18 and the relaxed and unhurried, yet upscale feel to the place reflects that accolade. The service was faultless and yet completely unobtrusive, which can be so hard to achieve. 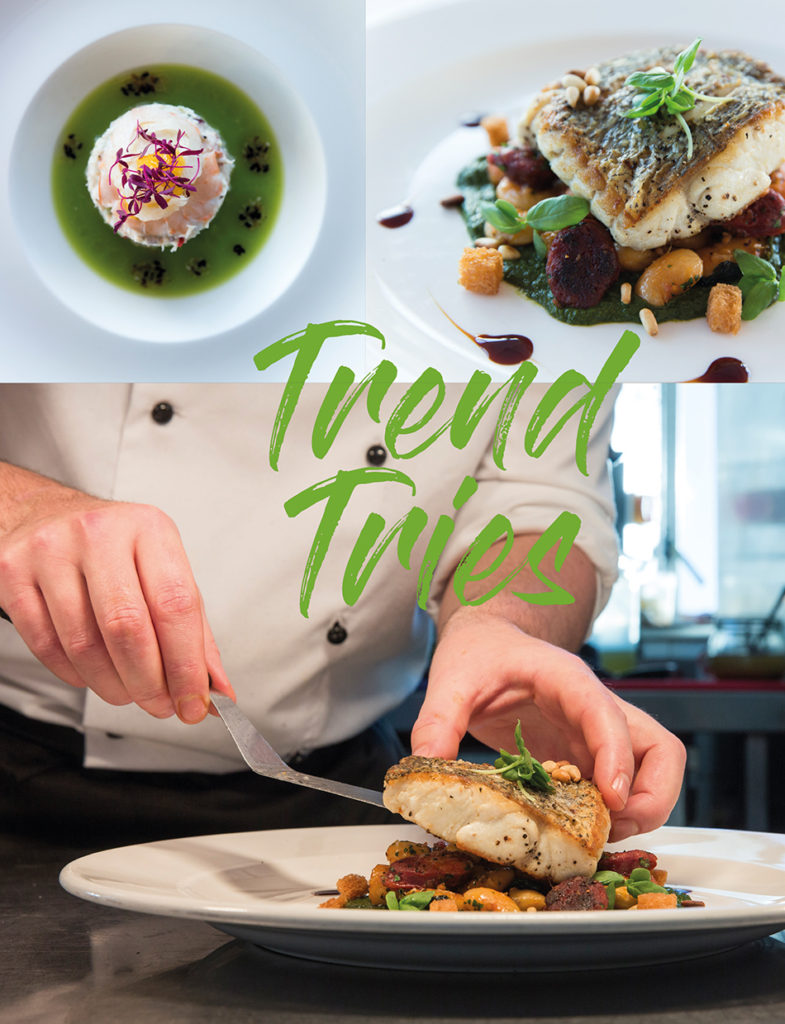