When it comes to fresh flavours and appealing platefuls, the Malmaison’s John Burns delivers every time. We discovered some of his secrets and his recipe for a succulent Surf & Turf platter.

HOW WOULD YOU DESCRIBE YOUR COOKING STYLE? I’m keen on simple things done really well, my cooking is classic Anglo-French – or maybe Franco- Scottish, with an emphasis on the best natural ingredients.

WHAT HAS INFLUENCED YOUR DEVELOPMENT AS A CHEF? I know a lot of people are influenced by travel and other chefs, but I’m driven by a desire to do well. I’m pretty ambitious and concentrate on getting every detail perfect, so that has been my main driver.

WHAT ARE YOUR OWN FAVOURITE FOODS? AND ANYTHING YOU WON’T EAT? I love French food, with my absolute favourite being a fine Apple Tarte Normande, with a frangipane base and melting caramelised apple slices. Mmm! I also love Japanese cuisine and would happily eat dashi udon noodle soup and nigiri sushi most days. The one thing I cannot stand is plain boiled carrots.

IF YOU DIDN’T WORK WITH FOOD, WHAT WOULD YOU BE DOING? Strangely, my original career choice was to be a policeman. Maybe I was just keen on having a uniform to wear to work! I wouldn’t swap my chef’s whites for a truncheon these days. 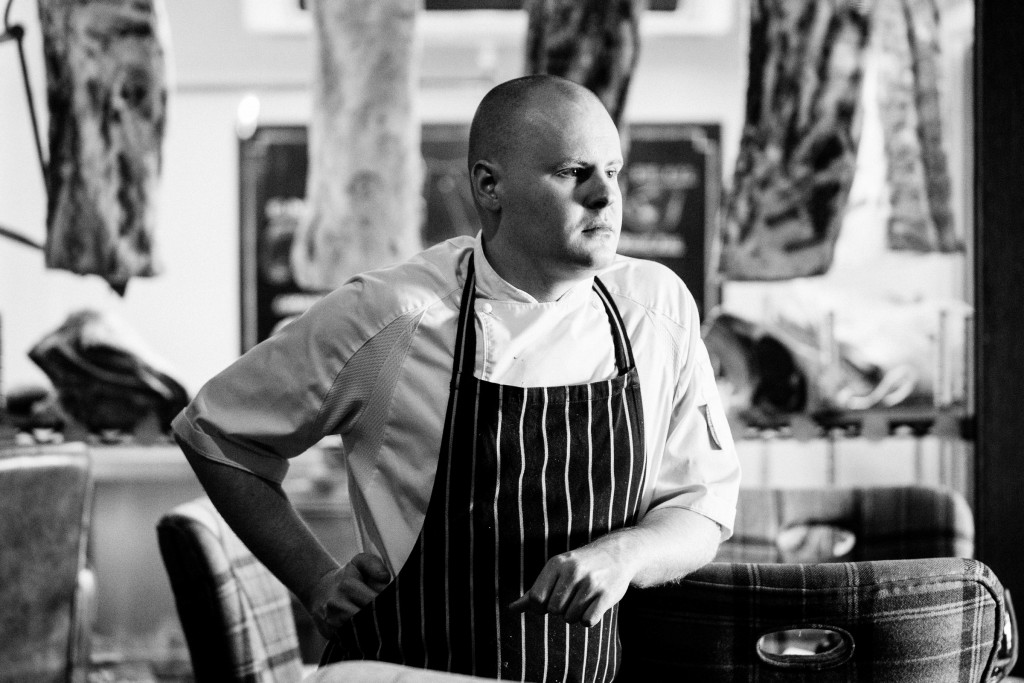 You can buy a lobster ready prepared from your fishmonger, though we prepare our own at the restaurant. If you buy a live lobster, the most humane way to kill it is to put it in the freezer for 15 minutes then immediately drop it in a large pan of boiling salty water for  8-12 minutes. Then blanch it in ice cold water.

Whichever option you choose, once it’s ready, you split the lobster in half, clean out the cavity and crack the claws and knuckles to remove the meat. If you’ve not done it before, have a look online to find the best way of doing this.

Take the steaks out of the fridge and leave to come to room temperature.  Season with sea salt and cracked black pepper, rapeseed oil then chargrill to your liking. Cooking for 8 minutes will give you a medium-rare steak, with a resting time of 4 minutes.

Make a Béarnaise sauce by clarifying the butter, heating it until the fat separates from the milk. Whisk the egg yolks and vinegar over a bain marie until it starts to form ribbons, then remove from heat, and slowly pour in the clarified butter until it becomes thick and creamy add the chopped tarragon. Spread the sauce mixture over the lobster and grill or oven roast until golden. Finish with a squeeze of lemon and plate up with the tomatoes as shown. Relax and enjoy!