The quaint Tippling House on Belmont Street has been the Aberdeen cocktail connoisseur’s staple cocktail bar and restaurant since it opened in 2012, so much so that it has lifted the Life With Style Award’s ‘Best Bar’ award for the past two years running. 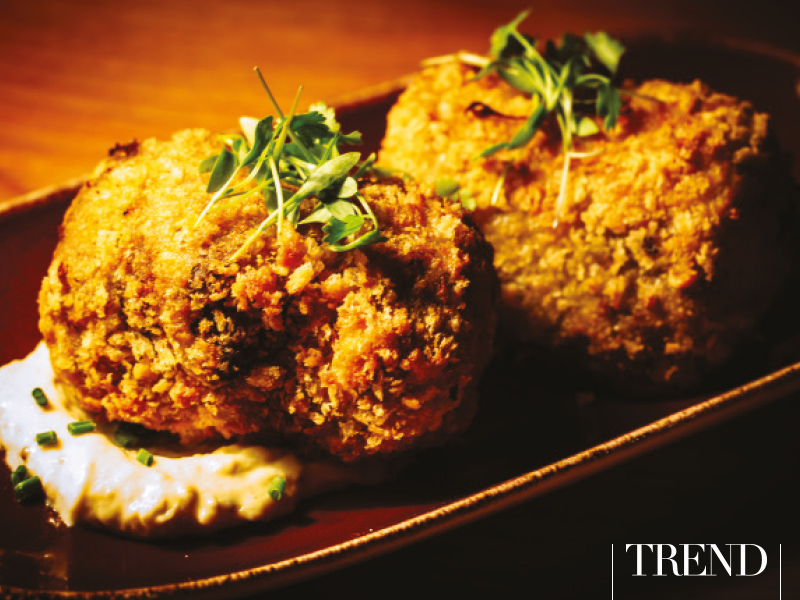 Never one to turn down a cocktail or two, or an excuse to eat out, my companion and I were soon cosied up in a booth overlooking the bar, where we could watch the mixologist preparing our selections from the tempting – and impressively extensive – cocktail menu.

My Peruvian Sucker Punch was a sour, but delicious blend of pisco, fresh lemon, triple sec, sirop de punch and of course a shot of Vitamin C Effervescence… to boost those immune levels. Practically a health food!

The menu at The Tippling House is one of those where you can dither and deliberate for a while, because you’ll find it difficult to settle on your favourite.

I eventually settled on the slow cooked beef shin & blue cheese croquettes as a starter, which arrived in all its gooey glory with some spicy mustard dip, while my companion praised the sweetcorn & bulgar wheat fritters while wolfing them down.

For our main courses I opted for the harissa-spiced lamb shank served with polenta mash, vegetables and crispy lamb sweetbreads drenched in a delicious Cardamon & sweet paprika braising liquor. The meat of the shank slid off the bone beautifully and was full of flavour. The Roast Crown of Pigeon was also enjoyed at the other side of the table and drew a few envious glances from other diners and sometimes from me.

The Tippling House provides an excellence service and a relaxing sanctuary in the city centre street – it’s no wonder that this well-known bar is still seen as a special secret shared by its fans.