Benjamin Bel, ‘just call me Ben’, has all the charm of a much-travelled Frenchman which he is putting to good use as the newish general manager of the 79-bedroom Malmaison Hotel in Aberdeen’s Queen’s Road. He is nudging 40 but can count on 25 years experience in the catering industry. 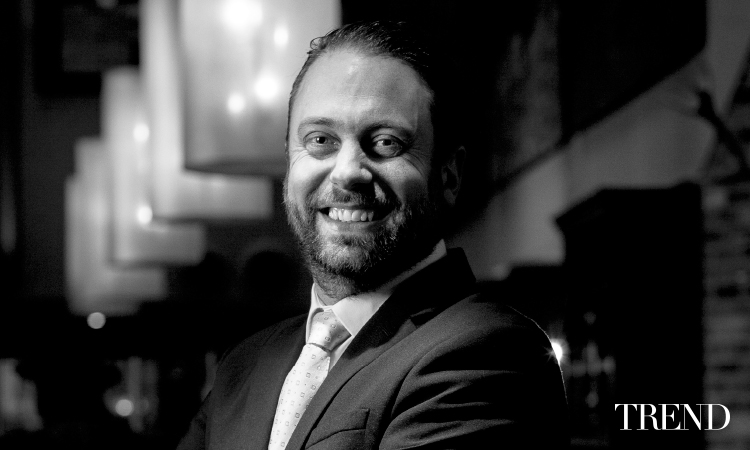 ‘I grew up in Strasbourg where I was surrounded by Michelin star chefs and restaurants and got my first job as a commis waiter at the age of 14,’ said Ben. ‘My dad Francois was a banker but he was also a great cook and his signature dish was a mesmerising daube of venison. I suppose I inherited some of his passion for fine food and wine’.

Passion for the job crops up all the time in conversation with bearded Ben over lunch in the hotel’s acclaimed restaurant as he reflects on an amazingly varied career at the sharp end of catering. He remembers the days of his kitchen debut at the majestic Hotel Du Palais in Biarritz, where he spent time learning the fine techniques of two Michelin star cuisine.

Having decided that ‘la cuisine’ was not to be his first career choice, he put his focus on the front
of house and learned from the bottom every aspect of running a restaurant, through working in renowned establishments such as Le Bacon in Antibes on the French Riviera.

Ben graduated in hotel and catering business skills management at Alexandre Dumas University in Strasbourg after bowing to pressure from his dad to secure a degree.

Not surprisingly, he speaks English immaculately but it was not always so. Said Ben, ‘I decided to cross the Channel to improve my English and found a waiting job at the Royal Crescent Hotel in Bath for the princely sum of £2.27 an hour. It was a 16-hour day so I know how tough this business is but it made me realise how any success is driven by the determination of your staff.’

Before the move to Scotland to become part of the Auld Alliance, Ben ran various enterprises in London’s Marriott County Hall and Somerset House, including catering for the big city’s Fashion Week, managing the London Eye coffee shop operation and launching Japanese restaurants in London and Paris.

And his philosophy?  ‘I travelled and learned everything I know today through hard work, dedication and developing a passion for attentive service with
a fine eye for detail. I believe success lies in delivering fantastic service all the way from the front door. My aim at Malmaison is to have a highly motivated team and for us to excel consistently in all aspects of our hotel operation while delivering the Mal dining experience. We dare to be different. Trust me we are.’

Trend wishes Ben bonne chance and wishes him well learning the Doric and fielding the inevitable question: Fit Like?!