Ryan Paterson has been the Head Chef at the popular and award-winning Cock & Bull in Balmedie since 2013, but his career could easily have taken a different turn…

‘As a teenager, working part time in a kitchen seemed like a great idea. I started out as a part time kitchen porter at 14, before joining the team at the Cock & Bull three years later.

‘I went to university to study architecture, but I decided cooking makes people a lot happier, so I opted to become a chef instead. I had fallen in love with cooking and the buzz of a great kitchen. I became Head Chef here, but I wanted to see more of the world, so I spent a year on a working holiday in Australia, then travelled in Asia for a few months, before working in some top restaurants in London for four years. 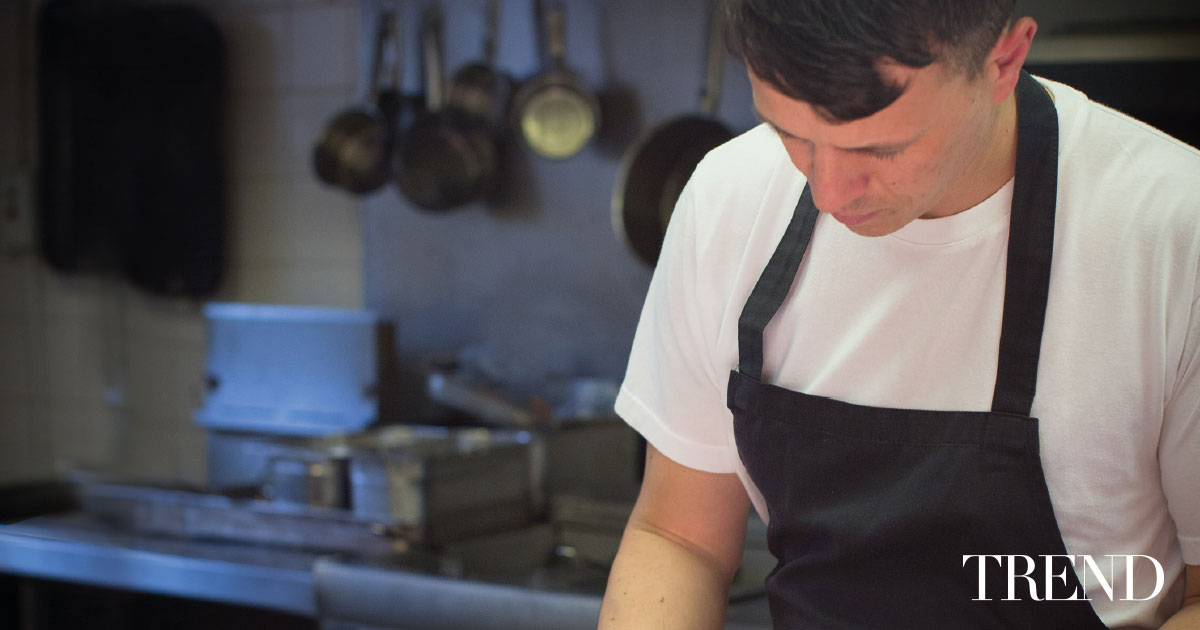 ‘Currently I like big bold flavours in my cooking and focus on a rustic, natural presentation. We change a few dishes every other week as the seasons and availability of ingredients influence what goes on the menu.

‘Like most chefs, I harbour a guilty pleasure. We all have something we adore, though we know it’s not good for us! In my case, it’s chips, cheese & beans with lashings of sriracha, but only once in a blue moon!’ 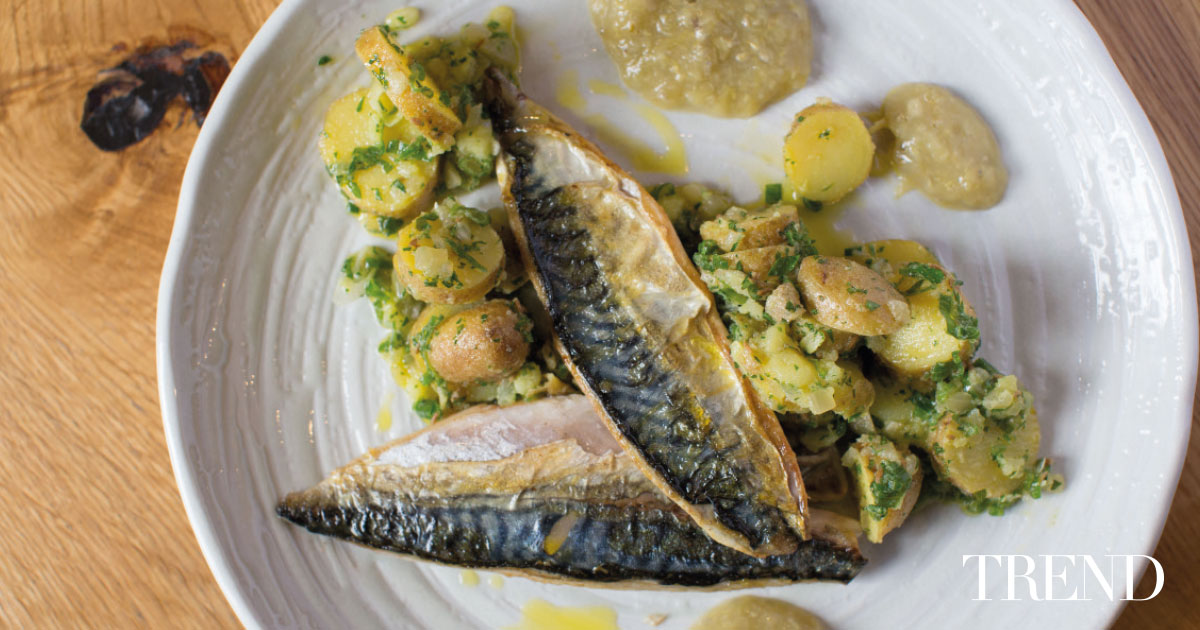 Mayan Gold & Green Onion Salad |  Simmer the shallots, cumin seeds, half the stock and the white wine vinegar in a pan until completely reduced. Add the sliced potato, the rest of the stock, stir well, cover and cook gently over low heat for 15-20 minutes, stirring occasionally until the liquid has almost disappeared and the potatoes are falling apart a little. Stir in the spring onions, parsley & rapeseed oil, season well with salt & pepper.

Gooseberry Sauce  | Place both ingredients in a pan on a medium heat. Whisk the mixture now and again, cook for 15-20 mins until gooseberries are well cooked and broken up.

Mackerel  |  Heat a frying pan over medium heat. Season the mackerel with salt, drizzle with oil, then fry skin side down for 2-3 minutes, until the skin starts to crisp. Place mackerel in frying pan skin side down, cook for 2-3 minutes until skin starts to crisp. Remove from heat, turn the mackerel over allow to sit for 1-2 minutes then serve with the potato salad and sauce. (Serves 4)