Once described as ‘Manhattan with mountains’ by The New York Times, Vancouver is one of the most beautiful cities in the world. Kuoni Aberdeen recommends visiting in summer to make the most of the thriving foodie scene, surprising beaches and utterly gob-smacking wildlife.

Vancouver is one of the best bases in the world for whale watching. Between the city skyline and Vancouver Island, the Strait of Georgia is home to resident pods of nearly 100 orcas. From March to October, thousands of whales migrate through these waters, including humpback, minke and grey whales. 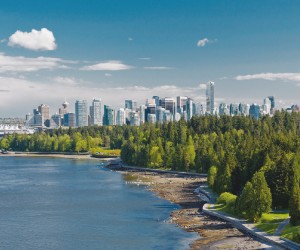 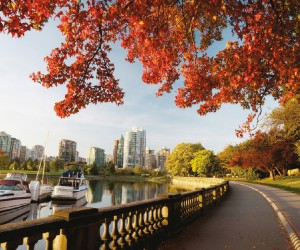 There are a few ways (and angles) to potentially see these behemoth marine mammals – and our favourites are by boat or seaplane. While you scan the water for movement, keep your camera close and don’t overlook the impressive warm up acts, from dolphins to otters, while you wait to see if the major star will make an appearance.

• It has one of the world’s best whale watching spots on its doorstep.

• You can explore Gastown’s thriving fashion scene, boutiques, galleries and restaurants, wandering down cobbled streets to the renowned Steam Clock.

• Stanley Park, one of the best urban parks in the world, is home to beaches, outdoor pools and the chance to cycle along the 17-mile long waterfront.

• Take the tugboat ferry to Granville Island and discover the area’s craft studios, theatres and market.

Plan a tailor-made Canada holiday with Kuoni inside John Lewis Aberdeen. You could combine Vancouver with a self-drive or rail journey through the Rockies, a cruise through Alaska or bear watching at Knight Inlet Lodge. Tel: 01224 418246  www.kuoni.co.uk