The Archie Foundation fundraising manager and keen climber, Claire Bush, is aiming to hit the heights in the festive season with the charity’s major fundraiser of the year. ‘It’s called Beards for Bairns and we are running it for the fifth time,’ she told me at her congested office-cum-storeroom just inside the entrance to Royal Aberdeen Children’s Hospital (RACH). 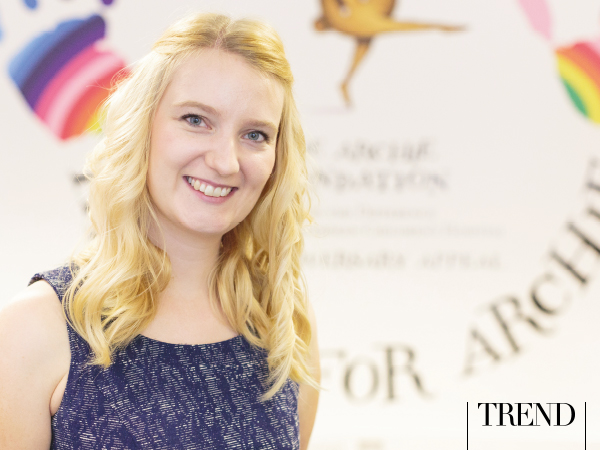 Now a registered trademark, the idea for Beards for Bairns was dreamed up by Archie chief executive David Cunningham. ‘We invite men to be sponsored for growing a beard, starting on Christmas Day,’ said Claire. ‘It has become our largest fundraising event with proceeds rising from £10,000 in the first year to a staggering £170,000 in our fourth effort last year. Several players at Aberdeen Football Club have supported us in the last couple of years and that support has been renewed for the next big effort.
It would be wonderful to hit our target of £200,000.’

Christmas is one of the busiest times of the year for Claire, her colleagues and the Archie army of volunteers. ‘We attend several craft fairs and sell our charity Christmas cards which are always very popular,’ she added. ‘We also ask establishments such as garden centres and supermarkets to take one of our Giving Trees. We hang tags on to a Christmas tree which ask for a monetary donation and explain what that donation could be used for. This year, we are going to have a big drive to get more businesses to take a tree.’

More than 1 million children and their families have passed through the portals of RACH since it opened in January 2004, and last year to mark its 10th anniversary, High 10 for Archie was launched to fund 10 projects to give the hospital an extra special excellence.

For example, feedback from the young long-term patients was that what they missed most was access to fresh air. Archie will support the creation of new outdoor spaces in the vicinity of the front entrance and also the remodelling of an existing play area behind the hospital and making it more easily accessible.

Claire, who was a community life champion at Asda, Bridge of Dee, before joining Archie in April, 2013, is no deskbound figure. With her head for heights, she was a shoe-in for a highly successful sponsored abseil at the hospital in July which raised £25,000.

Want to support Archie? Contact Claire at 01224 550225 or e-mail claire@archiefoundation.org.uk