So you thought Aberdeen Football Club’s greatest achievement in Europe was winning the European Cup Winners’ Cup in 1983, beating the mighty Real Madrid 2-1 in rain-lashed Gothenburg? Well, think again. You will now have to add another major European honour recently conferred at a ceremony in Geneva on the club’s official charity partner, the Aberdeen FC Community Trust (AFCCT), for its dementia-friendly programme.

In conjunction with other bodies including Alzheimer Scotland, Aberdeen Sports Village and the city council’s health and wellbeing team, more than 100 participants enjoy a variety of experiences every week, including walking football, gym classes, even afternoon disco sessions. Former Aberdeen players also take old fans down memory lane, reliving past feats on the pitch.

Trust chairman is Duncan Skinner, a youthful andwell-coiffed 60 year-old, the son of a vet from Oban and a mum from South Lochs in Lewis. ‘After mDunecht Primary and Cults Academy, Dad’s work took us to Stornoway where I attended the famous Nicolson Institute, and then came back to Aberdeen to study for a business degree at Robert Gordon’s Institute of Technology (RGIT),’ he says. ‘I enjoyed a terrific career in the oil and gas industry as a chartered management accountant for 34 years but after calling a halt in 2013, I wanted to put something back into society.’

That’s why is he is so proud that an initiative led by the community trust has been recognised as having the best community and social responsibility programme in this year’s European Club Association awards. A keen golfer and Munro-bagger, Duncan adds, ‘What makes it even sweeter is that we are in the company of other category winners such as Real Madrid, Sporting Lisbon and Monaco’.

He is a great believer in the power of sport. ‘Although I am also a non-executive director on the main board of Aberdeen FC, the trust is quite separate from the football club,’ he adds, ‘and we are able to use its powerful brand to raise substantial funds to deliver change in the community, through the efforts of 20 full-time staff and many volunteers involved in more than 60 activities. The great Denis Law is a patron of the trust, and former Aberdeen and Scotland manager and AFC board member Craig Brown is an ambassador’. The next fundraiser is a dinner at the city’s Marcliffe Hotel and Spa on 16 November.

However, I am meeting Duncan in the boardroom of the custom-built bedmaking factory, Glencraft, in Mastrick and here is another enterprise which has benefited from the expertise of businessmen and women like Duncan, the company chairman. ‘Formerly the Royal Workshops for the Blind, it went into liquidation in 2009 after 170 years but reopened in 2010 with jobs for 42 people who wanted to return,’ he says. ‘You will now find our mattresses in, for example, Balmoral Castle and Gleneagles Hotel .’

Duncan and his wife Jackie have a son, Andrew, who is a sports journalist in Inverness, and a daughter Anna, who is studying animation at Bristol University. But does Jackie ever see Action Man? ‘That’s a good question,’ says Duncan. ‘You had better ask her yourself and chances are you will find her in the garden!’ 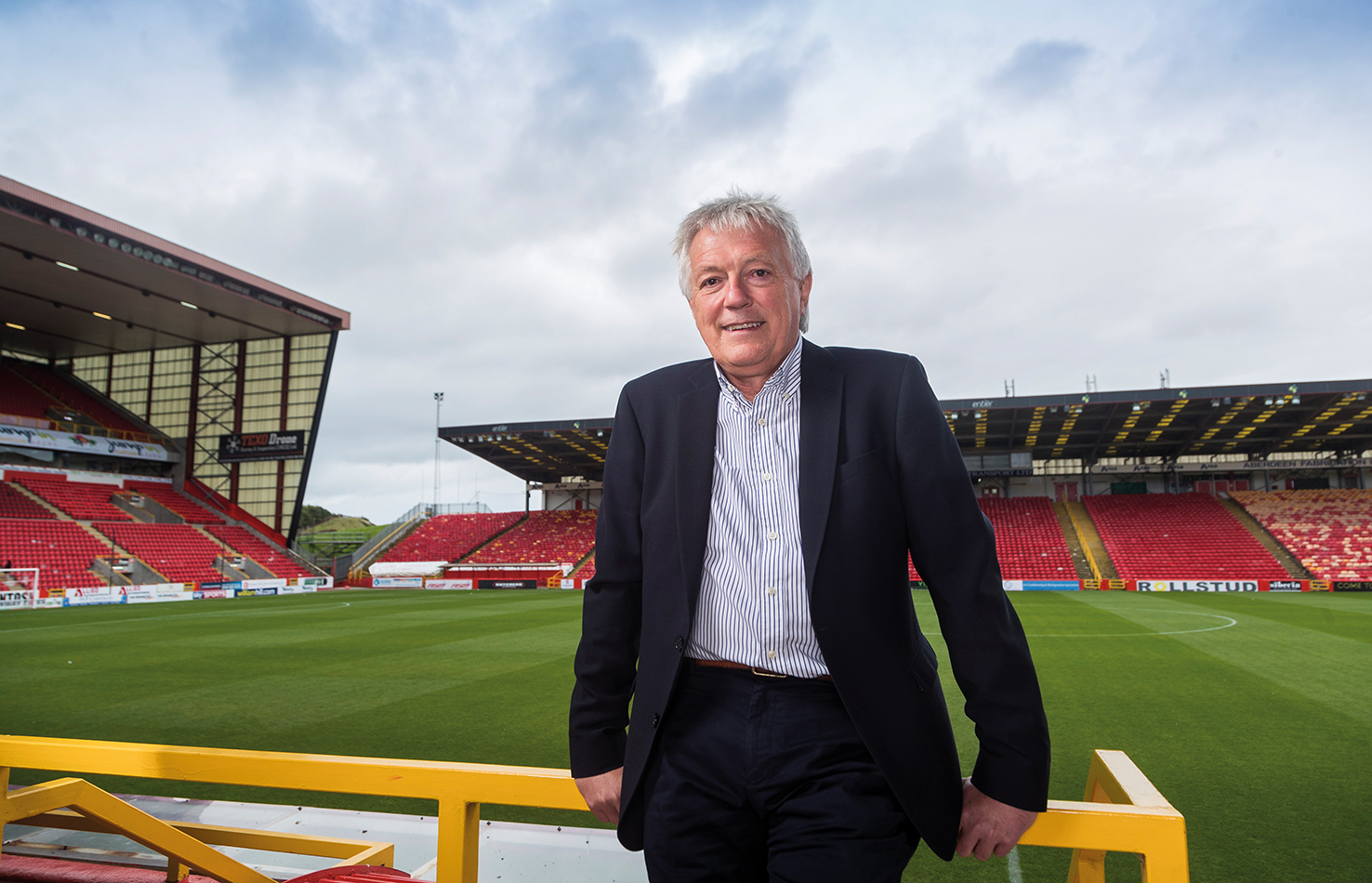