We’re in two minds about masculine scents here at Trend. There are those that prefer men to smell…well, let’s say naturally manly and those who prefer chaps to smell less primitive. Whichever camp you belong to, these scents are a long way from half a can of Lynx body spray…

Tom Ford Noir Extreme Just launched a couple of months ago, Tom Ford’s Noir Extreme is designed to appeal to masculine immoderation and excess. More Evel Knievel than Senior Auditor. Starting from a warm top note blend of citrus and spice, it dries down to an unusual mastic, floral and pistachio heart over a woody amber base with a hint of vanilla.

Yves Saint Laurent La Nuit De L’Homme Said by the makers to be a scent full of contrasts and tensions, with a veil of mystery and an explosive spicy accord. In reality, it’s rather more tame and accessible, with top notes of cardamom, bergamot, lavender and cedar. Cumin and vetiver dominate the base making for a sophisticated dry-down.

Jean-Paul Gaultier Le Male This one has been around for since 1995, so it’s a proven favourite, with new bottles and editions every season. It’s best for autumn and winter and one best kept for the evening. You’ll find fresh mint and lavender over vanilla, spice and orange blossom and a tonka bean and aromatic woody base.

Thierry Mugler A* Men Ultra Zest Initially rather brash, as might be expected from the orange bottle, this summery scent has a big hit of citrus, ginger and mint, followed by a heart combining coffee, cinnamon and black pepper and  deep notes of vanilla, patchouli and tonka bean. 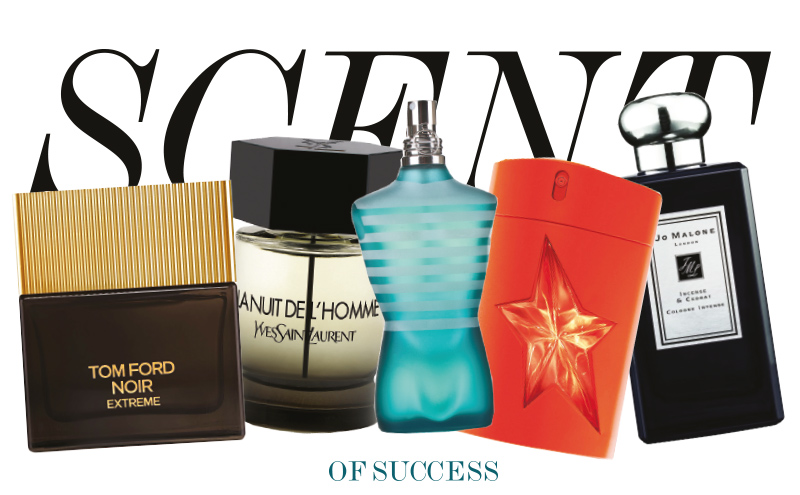