It’s not often you come across a book that genuinely surprises and involves you, even though you didn’t expect to enjoy it. This makes Granite Grit a rare literary debut.

Left to my own devices, my only bookshelf violence tends to be the genteel murders of golden age detectives like Campion and Poirot or the wall-to-wall bloodshed of George R.R. Martin and Joe Abercrombie. It’s always well removed from everyday life.

Yet for the characters who populate the pages of local fighter and writer Lee Cooper’s self-published novel, Granite Grit, violence is part of their everyday existence. Violence is both their damnation and, in some cases, their redemption. 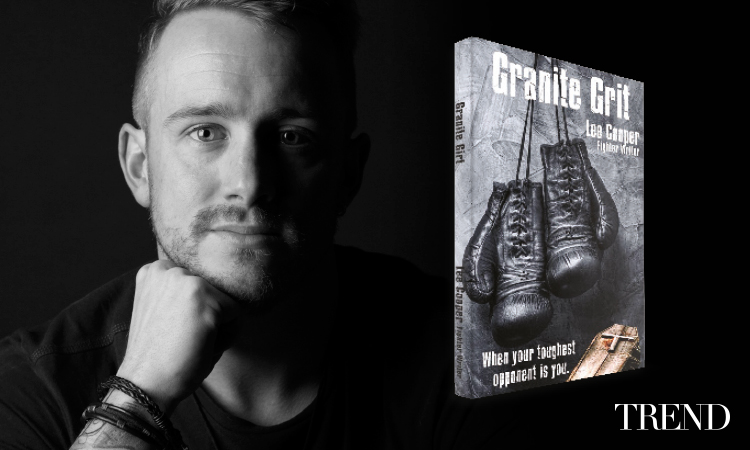 Even though I dislike novels set in the North-east because I find the familiar geography distracts from the story line, and I really don’t like boxing, I found Granite Grit engrossing. The short chapters and

first-person account of a man, known only as Joe, who loses his job then his family as he faces up to his past and the sins of his father, compel you to read on.

A downward spiral leads the demoralised Joe back to boxing, drugs and alcohol in the hope of confronting his abusive father over the death of his mother. It’s a tale of broken families, broken lives and broken noses, filled with the kind of characters you wouldn’t want to meet in a dark alley.

Some of the language used is startlingly authentic, and although there’s the odd spelling or grammatical error, it’s more a reflection of the characters’ milieu than an irritation.

The author’s background as a fighter lends verisimilitude to the fight scenes, which are sometimes as painful as Joe’s honest account of his actions and feelings. Add in a knockout plot twist at the end and this one’s definitely a contender!