To borrow a phrase much used in her native Glasgow, Zara Janjua comes across as pure dead brilliant. The sparky 32-year-old is not only an Aberdeen-based roving reporter for STV2’s Live at Five teatime show, but is also creating waves on the stand-up comedy circuit. For starters, how about appearing with Joe Pasquale on the stage of the Playhouse in Edinburgh?

I met her on the STV premises at Pavilion 3 of the Craigshaw Business Park  in deepest Tullos, close by wall-to-wall car showrooms. It’s a far cry from the elegant West End boulevard of Fountainhall Road where was housed STV’s late-lamented predecessor, Grampian TV.  My nerves shredded with fear, I used to join the sports presenter and former boxing champ Frank Gilfeather for live chat on Scotland’s chances in the Five Nations rugby, but my twitching left shoulder got more attention than any words of wisdom. How do TV reporters manage to stay so cool?

But what of Zara, who has settled happily into living in ‘warm and friendly’ Torry? ‘I come from a large Asian family and we are passionate about food,’ she says. ‘As a result, I always make far too much and enjoy sharing it with my Polish neighbours who return the compliment by giving me some of their food. You did not get engagement of that kind when I lived in a flat in Rosemount.’

So where does the surname Janjua come from? ‘My dad is from Pakistan and my mum is a very proud Glaswegian who learned to cook over there and passed on her passion to me,’ she adds. ‘As a result, food features highly in my life and it has led me to write food articles and do a cookery show called Tea for a Tenner on TV.’ 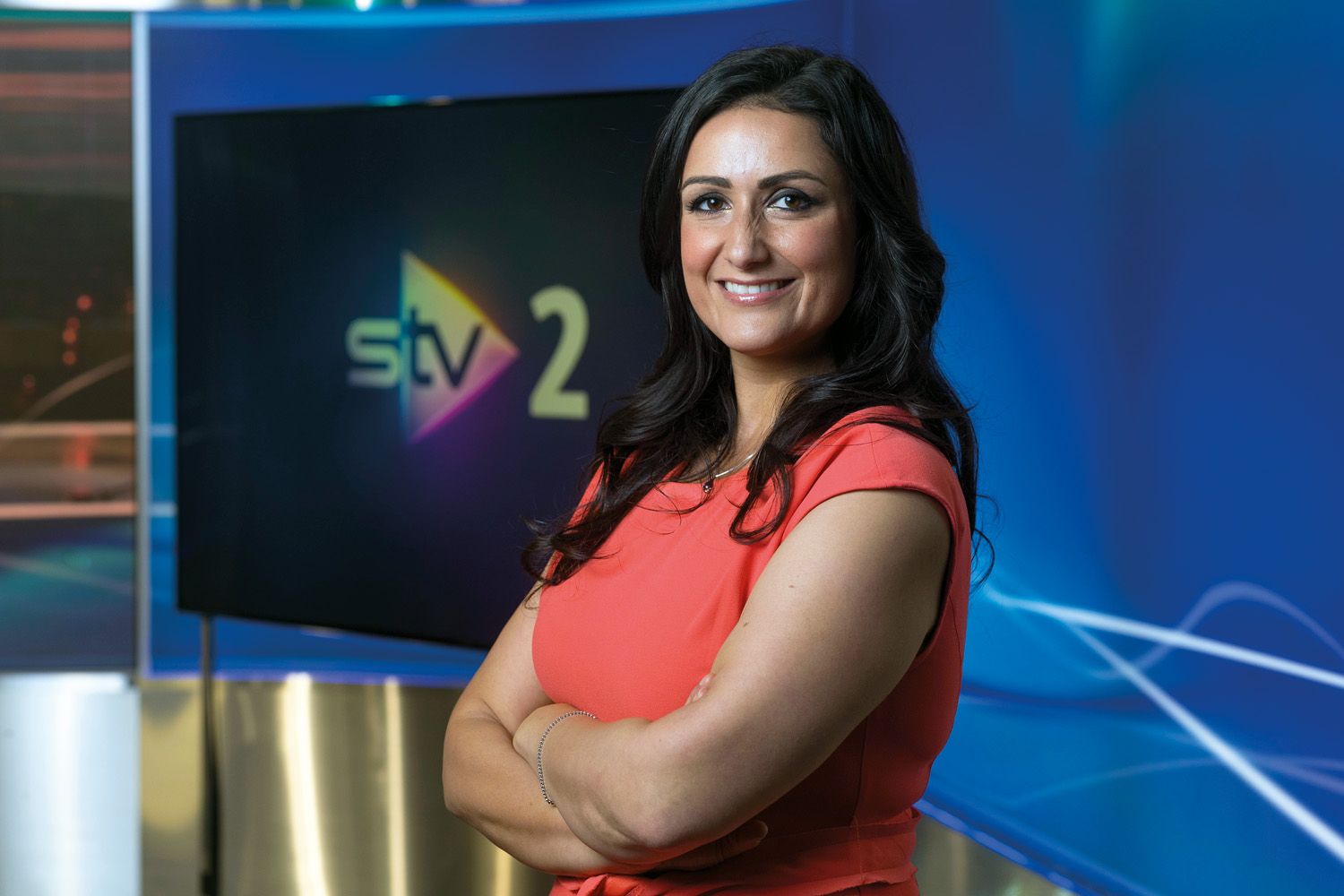 A former pupil of Bearsden Academy, Zara has acquired two degrees in addition to growing a varied and burgeoning double life in TV and comedy. ‘I started with a business management degree from Queen Margaret University in Edinburgh,’ she says, ‘but I didn’t know what to do after that and just took off to Bermuda where I worked in a rum bar for a year.’  She has since added an MLit in journalism, with distinction, from Strathclyde University.

However, Zara is the first to acknowledge the inspiration she has gained from colleagues in the STV newsroom in Aberdeen. ‘There’s lots of energy there and I was fortunate that the frontline news presenter Andrea Brymer took me under her wing and helped me learn so much about presenting and the production know-how required.’

Zara pops up all over the place on TV, not just as a roving reporter diving with sharks, for example, but also in adverts. She tells me she is to feature playing the part of a reporter in a global advert and poster campaign for Liz Earle skincare. And if you are quick, you can spot her in a recent Lidl ad.

‘I am now looking forward to a busy time at the Edinburgh International Festival and Fringe,’ says the lady in red. Will her life ever be less than busy, you ask? Not in a million years.