Commanding the attention of more than 80 women and bringing their voices together in sweet harmony would be beyond me, but it’s a challenge director Gwen Topp has risen to. The Aberdeen Chorus of Sweet Adelines has a haul of national gold medal victories to sing about, winning four times in the past two decades. 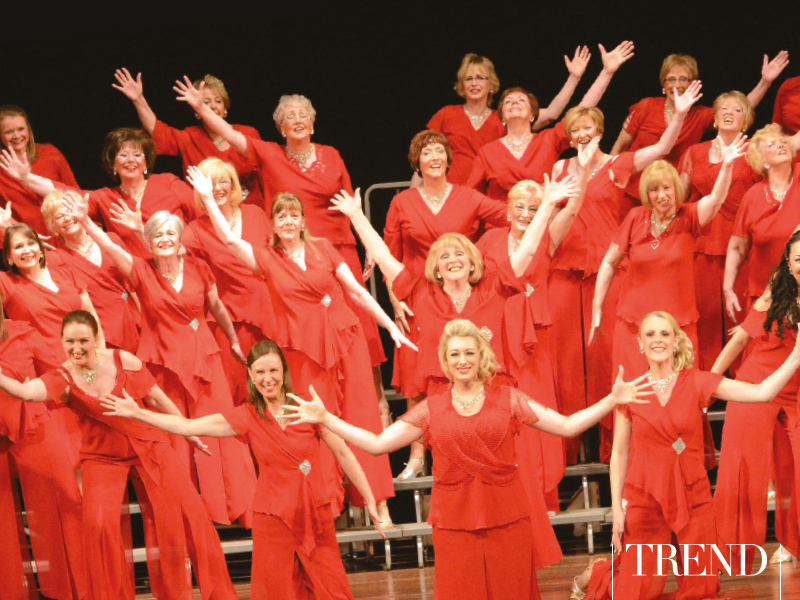 This year she has enlisted the talents of a longstanding member of the chorus to take the four part harmony a cappella style chorus to even greater heights. When Sophie Radcliffe auditioned for the barbershop chorus a decade ago it is fair to say she set about breaking the mould. Firstly the rules had to be changed to allow such an enthusiastic 13 year old join the ranks of the choir when the joining age was set three years her senior.

Now, ten years on, it has proven to be worth it, and armed with a degree in music from the University of Aberdeen and having completed the Director Certification Programme she is preparing to lead the ladies in the competition season, beginning with a performance at the Edinburgh Fringe this August.

‘I just loved that there were no instruments, everything you heard was coming from these women,’ recalled Sophie, looking back to the first time she went along
to a chorus rehearsal which had her hooked. ‘They lowered the joining age because I was so keen!’

With the success of film Pitch Perfect and its sequel bringing the a cappella style – and tough competition standards – to an even wider audience, the choir has enjoyed a number of younger members joining its ranks too.

Sophie said, ‘While what we do is not the same as Pitch Perfect, it all falls under the same category. I think the films have been a really big influence and a lot of people have realised maybe barbershop singing isn’t all men in straw hats!’  www.aberdeenchorus.co.uk