Aberdeen’s Lyric Musical Society prepare to take the stage with a new production.

For the past 64 years, the Lyric Musical Society has been delighting audiences across the North-east with their fabulous musical theatre shows. Productions rival professional shows thanks to a host of superbly talented amateur performers and a backstage crew that brings the song and dance spectaculars to life!

Chairman Colin Pike enthused, ‘We have a tremendous number of very talented people in the company, from 18 to almost 80. There’s a very special bond between the whole team and we all work hard to make a great show – whilst at the same time having plenty of fun! The fact that the Lyric has been around for so long is testament to the commitment of everyone involved as a member, office-bearer or production team member, over the years. It’s part of Aberdeen’s history. 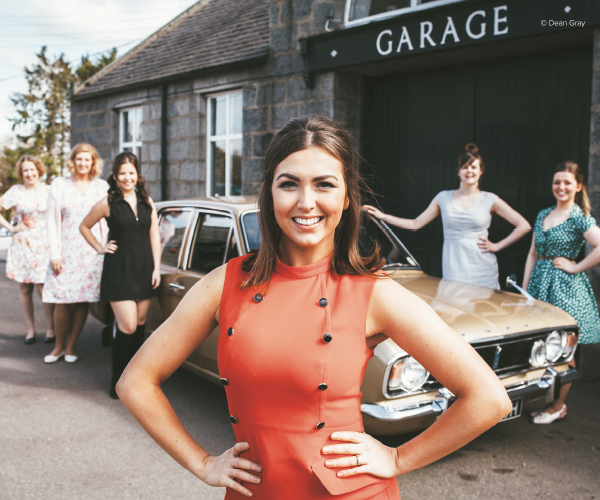 ‘During this time, the Lyric has been instrumental in bringing high quality musical theatre productions to the city and we’re really excited about our production of ‘Made in Dagenham’ which will be on at HMT from August 24th to 27th.

‘It’ll be the first time this brilliant new musical has been performed in Aberdeen, though readers will probably be familiar with the hit film it is based on. It’s got fantastic musical numbers and a really funny script. The story is about the women working in the Ford Dagenham plant in 1968, who went on strike in order to try and achieve equal pay.

‘We’re always keen to hear from people who’d like to join the Lyric Society, whether they’d prefer to be on stage or part of the production crew. You can contact our Secretary, Ronnie Murdoch at secretarylyricmusicalsociety@gmail.com’.

Tickets to Made in Dagenham are available from the Box Office on Union Street or www.aberdeenperformingarts.com with prices from £24-£30.