If you happen to see a mental health nurse, an apprentice electrician and a guitar and drum tutor walk into a bar, chances are you’re not in the middle of a bad joke, but rather the latest gig from up and coming Aberdeen band Daydream Frenzy.

The unlikely trio forged their friendship back in their school days when vocalist Donald Barclay (the tutor) and drummer pal Hamish Gordon (the nurse) began jamming together. With a bit of persuasion they convinced Fraser Henderson (the engineer) to join them as a bassist.

‘Our fi rst gig together in Drummonds in 2010 was enough to win Fraser around,’ laughed Donald. ‘Hamish has always been a big performer and for me it’s the buzz of playing – we just gel really well.’

Keeping the day jobs on the go – for now – hasn’t come in the way of the band’s drive to succeed. With a collection of EPs already under their belt they released their new single Pride & Wonder in December. They are now putting the fi nishing touches to their fi rst album ahead of an eight date tour of Scotland later this year.

‘Having released three EPs we thought, let’s concentrate on a full album – it was a natural progression,’ said Donald. ‘I think we have got something that is quite diff erent in terms of sound. People often come up to us and say they don’t know how to pinpoint us, which I quite like.’

Their music has attracted the attention of Don Broco, Big Country and The Maine who asked them to support them on tour while they were named Kerrang band of the week in April 2014. Donald added: ‘We have supported some really big bands over the years. Seeing how well they have done is a real drive, there is no point stopping half way.’ 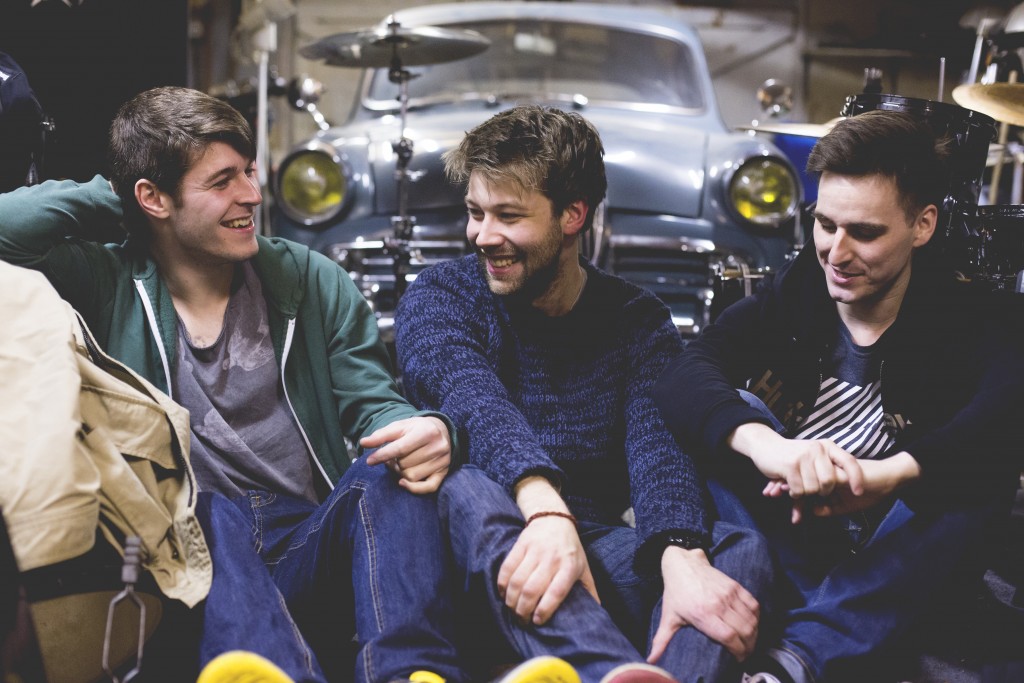